Woman warns of new spiking method that landed her in hospital

With women's safety being a huge topic of conversation over the last few months and particularly the last week, one woman on TikTok has warned of a new spiking method.

Going by the user name @melxmontgomery, Melissa took to the social media app to share how she ended up in hospital after a person spiked her drink while distracting her.

In the clip, Melissa explained: "Some c*nt gave me a spoonful of what they presented as a rose made from a napkin on a night out.

"It wasn't just to be nice though was it? It was a distraction to spike me and I ended up in hospital."

Showing pictures of her of the rose that was used to distract her, she also shows snaps of her hospital wristband.

As horrified as she was, Melissa wasn't the only one shocked by the experience, with other users flooding to the comments to send their best wishes to her.

One said: "Girls can't do anything without being put at risk so sorry that happened to you. I was spiked not long ago and now I'm paranoid."

Another added: "I've been spiked by the literal bartender. We can't do anything or go anywhere." 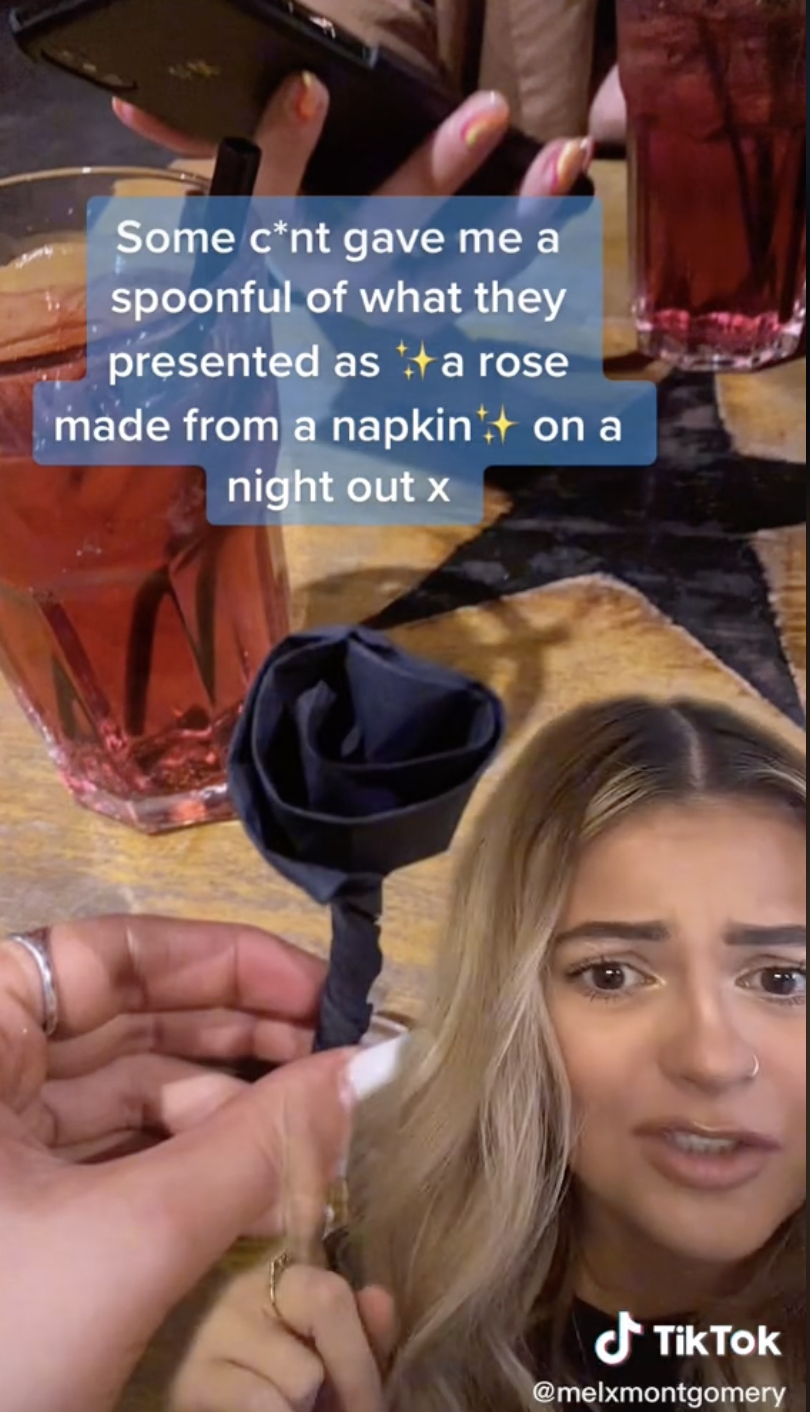 A third wrote: "This is vile! I'm so sorry this happened to you."

With a fourth saying: "On a uni [Facebook] group and not one single girl on there either 1. Hasn't been spiked or 2. Hasn't been out with mates and none of their friends got spiked."

It is almost impossible to get exact statistics on how many people in Ireland get spiked as most cases go unreported.