Barista slated after they refused a pregnant woman caffeine

The list of things that pregnant women aren't allowed to have seems to be ever-expanding, making the nine months of growing a human inside your even trickier than it should be.

Worse again are people who seem to think they know what's best for pregnant women - as comedian Tiffany Stevenson found out.

She revealed that a barista in a Starbucks she was in in the UK tried to keep a customer from having a caffeinated macchiato because she was pregnant. 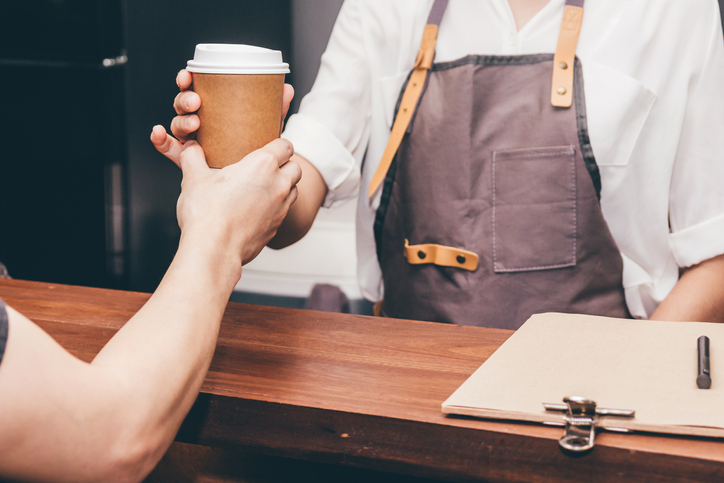 Tiffany detailed the entire encounter in a Twitter thread, describing it as an "unbelievable bit of womb bothering".

She eventually jumped in to defend the woman, who had told the barista that she had one coffee a day.

Unbelievable bit of womb bothering in Starbucks at services . A pregnant woman got her Caramel Macchiato and the guy behind the counter said

She said ‘No, thanks’

Him ‘No I should because caffeine is bad for the baby’

Me *almost spontaneously combusting* ‘Are you a man , telling a woman what she should and shouldn’t have during a pregnancy?

Me ‘Unbelievable. Stop it’

Then he continues to try and justify policing a complete stranger for 5 minutes. He was maybe 30 years old max.

Are they also doing Ob/Gyn training at Starbucks these days?

The thread has caused consternation online and prompted a response from Starbucks.

In a statement to Fox News, a spokesperson said the brand trusts its customers "to make the decisions that are right for them".

"We are investigating as a matter of priority.

"As a matter of policy, we trust our customers to make the decisions that are right for them.

"We’re concerned to hear about this experience, which isn’t reflective of the service we aim to provide our customers."

So how much caffeine is safe to have during pregnancy?

There are different schools of thought but most agree that around 200mg, the equivalent of one small coffee, is fine.

That's not really the point here, though.

popular
Redhead girl stabbed with scissors at school 'because of colour of her hair'
Dani Dyer shares dad Danny's reaction to news she's having twins
Bray could be getting its own Penneys by early 2024
Woman shocked after spotting her dead husband in promo video for restaurant
'We want a family': Suzanne Jackson on having kids with husband Dylan
HSE issues advice for parents if their child starts choking
Gemma Atkinson slams trolls who accused her of having baby with another man
You may also like
4 days ago
Mum wants her eldest child to be there when she gives birth
4 days ago
The reason why babies usually say 'dada' first has been revealed
5 days ago
Molly-Mae Hague fans are convinced she's given birth after subtle clue
1 week ago
Women should abstain from alcohol if trying to conceive, study suggests
1 week ago
Best friends find out they're pregnant on the same day and give birth an hour apart
2 weeks ago
Mum refuses to tell partner gender of their baby after he skipped scan to go to the chippy
Next Page