Following yesterday's decision by the US Supreme Court to overturn Roe v. Wade, which guaranteed American women the right to an abortion, thousands of protests took place in cities and towns across America.

Following the ruling, up to 26 US states are expected to further restrict or ban abortions, making it difficult for female employees to terminate pregnancies unless they travel to states where the procedure is allowed.

In a move to show their support with women and their right to choose, companies like Disney, Netflix, JP Morgan, Meta, Conde Nast and Yelp have all come out to say they will cover the expenses of staff forced to travel out-of-state for an abortion.

According to the Daily Mail, Disney said in an internal memo to staff yesterday that it would cover the cost of employees who need to travel to another location to access care, including abortions, in light of the Supreme Court's decision.

The company employs 195,000 worldwide, including roughly 80,000 in Florida, where Governor Ron DeSantis signed a bill prohibiting abortions after 15 weeks of gestation.

Disney told employees on Friday that it recognizes the impact of the abortion ruling, but remains committed to providing comprehensive access to quality healthcare, including for abortions, according to a Disney spokesperson. 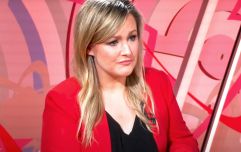 The Mothership: Why is women's health not a priority in Ireland?

END_OF_DOCUMENT_TOKEN_TO_BE_REPLACED

'We recognise the impact of the ruling and that we remain committed to providing comprehensive access to quality and affordable care for all of our employees, cast members and their families, including family planning and reproductive care, no matter where they live,' Disney said in a statement.

JPMorgan Chase & Co, America's largest bank, has also joined the growing list of major companies that will cover expenses for their U.S.-based employees who need to travel to get a legal abortion, and Yelp co-founder and Chief Executive Jeremy Stoppelman said the ruling 'puts women's health in jeopardy, denies them their human rights, and threatens to dismantle the progress we've made toward gender equality in the workplace since Roe.'

However, their support of women's right to choose comes at a cost, experts warn, with companies that offer reimbursements for abortion-related travel potentially being vulnerable to lawsuits by pro-life groups and Republican-led states, and even potential criminal penalties.

Lawyers and other experts said employers could face claims that their policies violate state laws banning, facilitating or aiding and abetting abortions.

Companies who has promised to pay for workers' abortion expenses

More reading: "Other parents think my daughter is a mean girl, but I disagree"


popular
TikTok star shows how to avoid sweat stains by using pantyliners
Giving our children experiences rather than toys makes them more intelligent
Wine and beer duty could be scrapped to help ease cost of living crisis
Expert says Cocomelon acts "as a drug" to kids' brains
Shows like Bluey and Peppa Pig are actually bad for kids, expert warns
Five teenage girls rushed to hospital after crash in Kilkenny
Here's where you can get the best deals on all your Back to School essentials
You may also like
1 month ago
Abortions at record high – with cost of living and job insecurity partly to blame
3 months ago
Parents outraged after teacher shows students video with abortion 'reenactment'
3 months ago
US Supreme Court votes to overturn abortion rights, leaked draft shows
6 months ago
Less than one in nine Irish GPs are providing abortion services
6 months ago
Activist takes abortion pill on live TV to show how "safe" and "common" it is
9 months ago
Vigil held at the Dáil to mark nine years since Savita Halappanavar's death
Next Page