Endometriosis: Why it doesn't have to be a life sentence

Endometriosis is a debilitating gynaecological condition, most commonly characterised by painful, heavy periods.

This heavy bleeding results from growth of endometrial tissue in areas outside the uterine cavity, so there could be pockets of endometriosis around the fallopian tubes, ovaries or even within the abdominal cavity, such as around the bowels.

Apart from the impact that it can have on a woman’s quality of life, endometriosis has also been linked to reduced fertility, so if you are thinking of having a baby it would be wise to seek help for your symptoms sooner rather than later.

Apart from painful or heavy periods, some women also experience pain during intercourse, urination or bowel movements. It is tricky to predict how badly a woman will be affected because her level of pain may not necessarily correlate to the true severity of her endometriosis symptoms.

For example, you may have very heavy periods, but it doesn’t really bother you because you don’t feel much pain. Yet, you could have endometriosis that is actually quite severe and you wouldn’t know it unless you had a scan to check the uterus, ovaries and surrounding area.

Equally, a woman who only has mild endometriosis, may experience severe pain during her period each month.

Many theories have been put forward for the root cause of Endometriosis, but it is most likely due to a combination of the following factors; 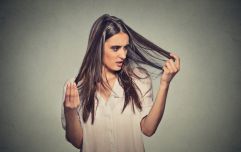 END_OF_DOCUMENT_TOKEN_TO_BE_REPLACED

This is where the menstrual blood flows backwards and up through the fallopian tubes, allowing the endometrial cells to flow out into the pelvic area and from there it adheres to nearby tissues or organs.

There are particular immune cells within the body that are supposed to eliminate and destroy any ‘rogue’ tissues that are where they shouldn’t be. The thinking is that the immune cells fail in their task and so the endometrial tissue is left to proliferate in response to female hormonal surges during each menstrual cycle. The lymphatic system also seems to be involved, with the endometrial cells using it as a transport system to reach other parts of the body.

Women who are prone to Endometriosis are more likely to have a mother or sister who had the condition as well.

Endometriosis is more likely to occur in women who are ‘oestrogen dominant’. This means that oestrogen levels are excessive, which leads to proliferation of oestrogen responsive tissues such as the endometrial cells (endometriosis, fibroids, polyps) but may also affect other areas, such as the breast tissue (benign cysts).

What can I do about it? 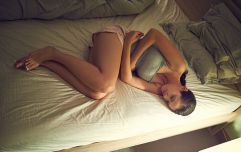 END_OF_DOCUMENT_TOKEN_TO_BE_REPLACED

The most common treatment option is hormone therapy, given that the endometrial cells are oestrogen responsive. However, this option is not going to be very helpful for a woman who is trying to conceive, as suppression of the reproductive hormones will inhibit fertility.

Surgery to remove the offending endometrial tissue is another option. This can be very helpful in cases of infertility or very severe endometriosis, but the problem is that there is a high reoccurrence rate. Plus, having repeat surgeries may lead to the formation of scar tissue, as a result of the natural healing process, which could also impact fertility potential.

We know from the research that there are a number of eating habits that definitely don’t help endometriosis symptoms. Eating trans fats, such as you might find in processed baked goods can worsen symptoms, while foods high in omega 3 fats, such as oily fish, avocados, nuts or seeds may help to reduce symptoms.

Make sure to eat plenty of fibre as the bowels are the primary excretion organ for excess oestrogen within the body. If you aren’t passing on a daily basis then you are more likely to have aggravated endometriosis symptoms. Good high fibre options to try would be porridge, roast root vegetables, fresh fruit salad or a lentil salad.

Going gluten-free could also be a useful pain management strategy. In one study, 75 per cent of patients reported a significant reduction in pain symptoms after maintaining a gluten-free diet for 12 months.

Reduce your exposure to chemicals, especially dioxins. 90 per cent of dioxin exposure arises from animal protein consumption, so consider having a few vegetarian days during the week to minimise your exposure.

For more on hormone disrupting chemicals, you can check out last week’s article here.

Acupuncture has been found to reduce pain symptoms and improve circulation to the uterus and is a safe, non-invasive option for those who would prefer to avoid surgery.

With almost a decade of experience in the field, Jessica Bourke has gained a reputation for helping women conceive where everything else has failed. Find m0re from Jessica at jessicabourke.com.


popular
Multiple people killed in Denmark shopping mall shooting
I tried 'slow parenting' for a year and I'm never going back
Opinion: The obsession with routines and sleep training for babies is weird – and stressful
Supermarkets add security tags to baby formula as cost of living crisis deepens
The 'Ice Cream' is being called a 'must-try' sex position - but there's one flaw
Musings: Now that it's summer, mums please get into the photos
Expert says Cocomelon acts "as a drug" to kids' brains
You may also like
3 years ago
Ask an expert: Should you wait until after 12 weeks to travel by air?
3 years ago
Seven common chemicals you should avoid while trying to make a baby
3 years ago
Breastfeeding: Five ways to improve your milk supply right now
4 years ago
Do you REALLY know when you're ovulating? Most people don't...
4 years ago
Sperm killers: 8 things that are hazardous to sperm health
4 years ago
4 handy hacks that can help improve your children's health
Next Page