The spiders are more harmful than first thought...

We've heard numerous reports of False Widow spider bites rising throughout Ireland and the UK in recent years and as my family's resident arachnophobe, I've been trying my best to treat them all like white noise.

My bubble of blissful ignorance was burst during the summer, however, when my sister was bitten by one.

The Noble False Widow is an invasive species of spider native to the Canary Islands that is believed to have made its way here through freight containers during the 90s. It's more commonly found in urban areas, but is increasingly being spotted in the countryside – as was the case for us.

When they wander indoors, they typically prefer warmer rooms like kitchens or bedrooms. They also seek dark hiding places and are commonly found in clothes or (gulp) in bed.

That morning, my 14-year-old sister – who is relatively unbothered by spiders – had done her usual morning routine of getting up, making her bed, and putting on the pair of fluffy slipper-socks she had kicked off at the side of her bed the night before. This time, she felt a sharp stab in her toe and assumed a small stone or something had gotten caught in the sock's fabric.

She carried on downstairs and took the sock off, tried to shake it out, and when nothing came out of it, she reached inside and pulled out a curled-up spider. It was merely playing dead and tried to scurry away under the couch, but my dad eventually caught and trapped it in a glass to get a proper look.

It was small and brown, with light markings on its bulbous body. My sister's toe had two visible white dots where the spider's fangs had sunk in, and around them began to redden and swell within minutes of her being bitten. She quickly complained of a throbbing sensation, as well as feeling like her toe was hot. 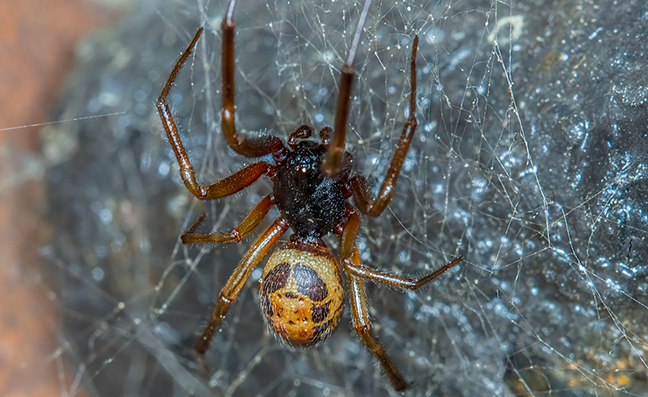 END_OF_DOCUMENT_TOKEN_TO_BE_REPLACED

Googling the spider's appearance and symptoms of the bite quickly had us identifying it as a Noble False Widow. Though the spider was first believed to only really be harmful to those who might face an allergic reaction to its bite, scientists now consider it to be more dangerous than initially thought.

False Widows were so named because they physically resembled the fatal true Black Widow, which Ireland is too cold to house. But last year, scientists discovered the False and Black Widows share a number of toxins in each species' venom.

Researchers at NUI Galway and in Belgium found that out of the 140 toxins found in the Noble False Widow, 111 are also found in the true Black Widow. This can cause pain, redness and swelling.

Yet toxins aren't the only danger a False Widow bite presents. An NUI Galway study showed the spider carries harmful bacteria susceptible to infecting people, which can be transmitted when the fangs bite the skin.

While rare "skin-eating" conditions following seemingly harmless spider bites were thought to be the result of secondary infections, caused by the victim scratching or touching the bite site with contaminated fingers, the study showed False Widows are carriers of bacteria that can be harmful to humans. Some of these germs are resistant to the spider's venom and to antibiotics, which explain the range in severity of bite symptoms.

Horror stories of False Widow bites range from mirroring the average reaction to a bee sting, to requiring hospitalisation to treat severe infection. At the end of May, an 18-year-old that had been bitten by one in Wales was put on oxygen and a drip, and later required surgery to stop her from developing sepsis. In 2019, a woman in Waterford was hospitalised for six days after a False Widow bite caused severe swelling and blistering on her lower leg.

"About 10 species of spiders common in North-western Europe have fangs strong enough to pierce human skin and deliver venom, but only one of them, the recent invasive noble false widow spider, is considered of medical importance," said Dr John Dunbar, Zoologist at the Ryan Institute’s Venom System Lab in NUI Galway. "Most of the time, a spider bite results in some redness and pain.

"In some cases, however, victims seem to develop long lasting infections for which strong antibiotic treatment - and sometimes a hospital stay - are necessary. It is this increasing range expansion and massive rise in dense populations of false widow spiders around urbanised areas across Ireland and Britain that has seen a rise in bites with some severe envenomation symptoms but also infections, which in some cases proved even difficult to treat with antibiotics." 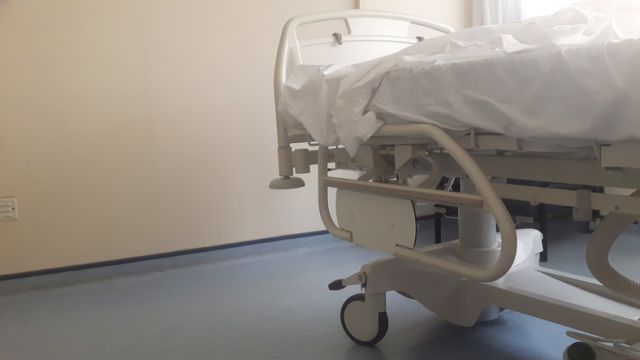 Thankfully, as we had heard reports of the damage the spider can do, we knew to err on the side of caution.

My mam immediately booked an appointment with the GP and my sister was put on antibiotics for a week. Though her symptoms persisted for the day she was bitten (alongside some nausea and fatigue), she was much brighter the following day, and was back to herself by day three.

She hasn't even let the experience make her scared of spiders, which I really admire. If that had been me, I'd have fainted from the pure hysteria of finding a spider in my sock, let alone the pain.

Still, even for about two weeks after finishing the antibiotics, she complained of the odd strained or throbbing sensation in the toe that had been bitten.

So, lesson learned: check socks and slippers and shake out clothes and duvets before getting dressed or hopping into bed. And if you suspect you or your child has been bitten, take action as early as possible by ringing your GP. You can never be too careful.


popular
Inside Prince William and Kate's beautiful new home in Windsor
Shows like Bluey and Peppa Pig are actually bad for kids, expert warns
Baby clothes from Shein and AliExpress have dangerous levels of harmful chemicals
14-year-old boy drowns at hotel in Turkey after family wedding
Should schools consider introducing a three-day week?
Body of woman discovered in unexplained circumstances
John McAreavey reveals baby number two is on the way
You may also like
7 hours ago
Body of woman discovered in unexplained circumstances
15 hours ago
Johnson & Johnson to discontinue sales of their baby powder globally
6 days ago
Concerning number of people in Ireland are surrendering their dogs
1 week ago
650 children strip-searched by Met Police in 2 years, report reveals
1 week ago
Actor Anne Heche rushed to hospital after car crash
1 week ago
Investigation into the discovery of a body of a male, Drumcondra, Dublin
Next Page