The HPV Vaccine: Everything You Need To Know As A Parent

You might imagine that when parents are told about a vaccine that could prevent future cancers in their children, they would jump at the chance to protect them.

Instead, uptake of the vaccine that can protect against various cancers is on the decline in Ireland, as parents are becoming concerned about the safety profile of the HPV (human papillomavirus) vaccine.

Public health doctors are increasingly alarmed, as are domestic and international health organisations.

The reality is, the overwhelming consensus from the scientific and medical communities is that the HPV vaccine is extraordinarily effective and safe. 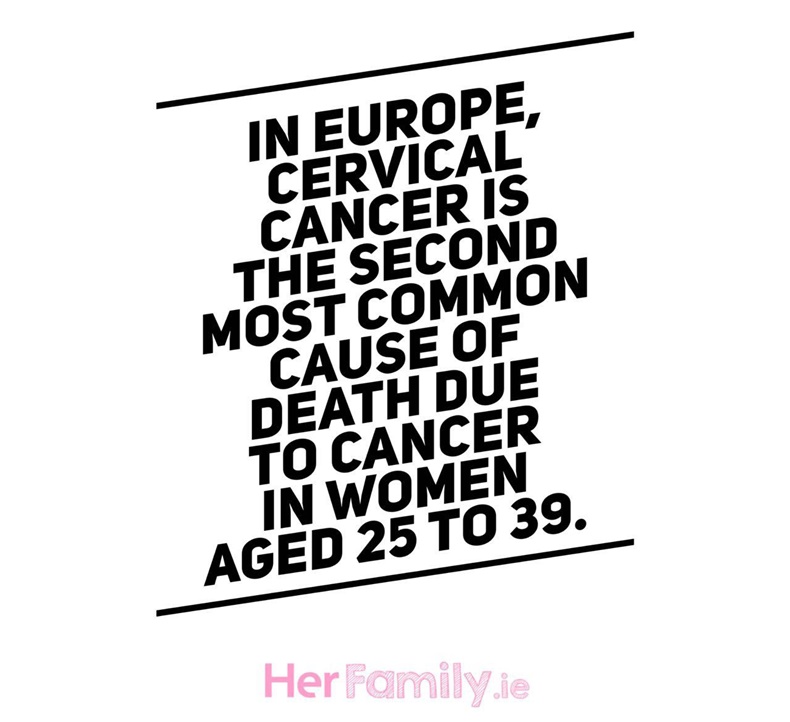 Its safety and efficacy has been reaffirmed repeatedly in large international trials and studies. There are no dissenting voices among medical or scientific groups of any size or stature.

And yet, concern about the safety of the HPV vaccine continues to grow with some parents claiming their daughters have suffered adverse effects.

'Parents should arm themselves with the facts'

The Japanese government no longer recommends the vaccine, although it is still available. There is strong resistance to the vaccine in Denmark and France. A growing collection of YouTube clips and other social media is also fueling anxieties.

In Ireland, a group called Regret (Reactions and Effects of Gardasil Resulting in Extreme Trauma) was set up by the parents of Irish teenage girls. These parents claim, and no doubt believe, that their daughters have developed health problems after being given the HPV vaccine.

The airwaves, newsprint and social media are full of claims and counterclaims about the HPV vaccine, leaving many parents completely bewildered.

END_OF_DOCUMENT_TOKEN_TO_BE_REPLACED

Given the HPV vaccine is the subject of so much dogged opposition, parents should arm themselves with the facts.

First off, HPV is widespread. It is sexually transmitted during sexual intercourse or skin to skin contact. Most sexually active adults will carry a form of human papillomavirus (HPV) at some point in their lives. 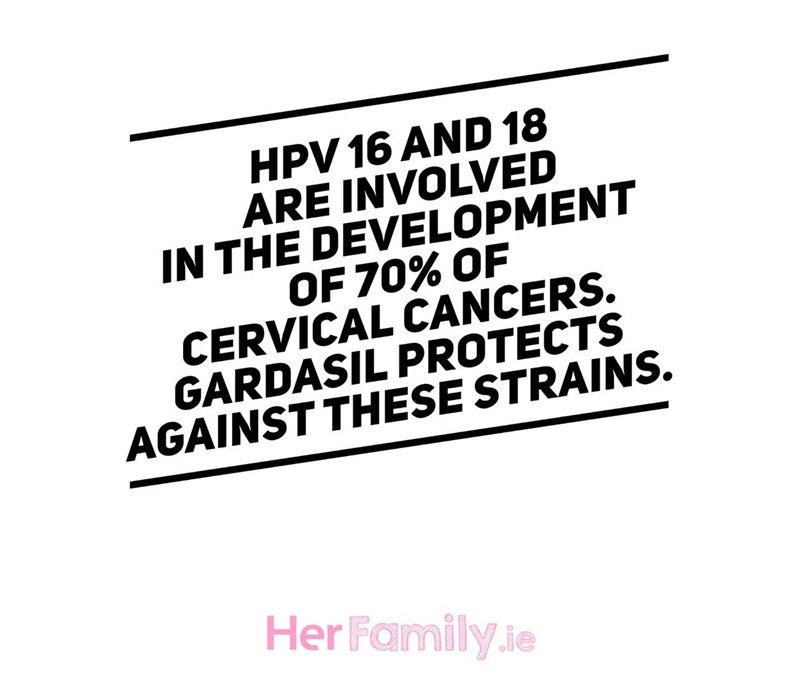 Two types of HPV (types 6 and 11) are the cause of nine in every ten cases of genital warts. HPV types 16 and 18 are involved in the development of most (about 70 per cent) cases of cervical cancer.

Gardasil is the name of the vaccine given to girls and young women in Ireland. It protects against all four strains mentioned above.

This means that Gardasil can prevent up to 70 per cent of cervical cancers, because it is targeted at these strains. It does not, however, protect against the types of HPV that are not included in the vaccine, which can also cause some cancers.

Also, girls aren’t protected if they have already been infected with HPV prior to vaccination.

Cervical cancer is often detected too late. In Europe, cervical cancer causes 30,000 deaths each year. It's the second most common cause of death due to cancer in women aged 25 to 39 years. 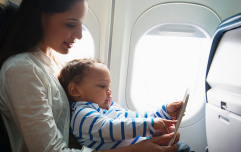 END_OF_DOCUMENT_TOKEN_TO_BE_REPLACED

Ninety Irish families lose someone to cervical cancer each year.

They are young women.

Even though we have a cervical screening programme in place, it did not save those women. No screening process is perfect and there will always be a margin of error. Prevention is always better than cure.

Despite this, the HPV vaccine carries unique challenges across the globe. As it prevents sexual transmission of HPV, it has evoked moral judgements around sexual behaviour. Parents are concerned their daughters will be more promiscuous.

This has been a real problem in the United States, which has struggled to get HPV vaccination coverage above 40 or 50 per cent.

Regret: 'The benefits of the HPV vaccine are being misrepresented'

Anna Cannon described her daughter’s symptoms. She told TDs of her “severe headaches, which are worst morning and evening; hot flushes of the face; nausea; lack of appetite; balance issues; dizzy spells; clotted nose bleeds, mainly in the night-time; lockjaw; extreme fatigue; low blood pressure; and marks on upper chest and thighs, very similar to other girls in the group.”

Cannon said her daughter had also “contracted pancreatitis, which is a life-threatening condition. The doctor had never seen that in a girl of her age group in over 50 years of practice. This is possibly chronic. Therefore, we are not only talking about fatigue here, we are also talking about many other issues.” 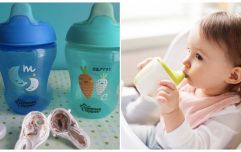 END_OF_DOCUMENT_TOKEN_TO_BE_REPLACED

Regret also believes that the benefits of the HPV vaccine are being misrepresented. Cannon told TDs that the vaccine “is not proven to last more than eight years”.

However, the most recent information available from the American Centres for Disease Control and Prevention (CDC) is as follows: “Research suggests that vaccine protection is long-lasting. Current studies have followed vaccinated individuals for ten years, and show that there is no evidence of weakened protection over time.” 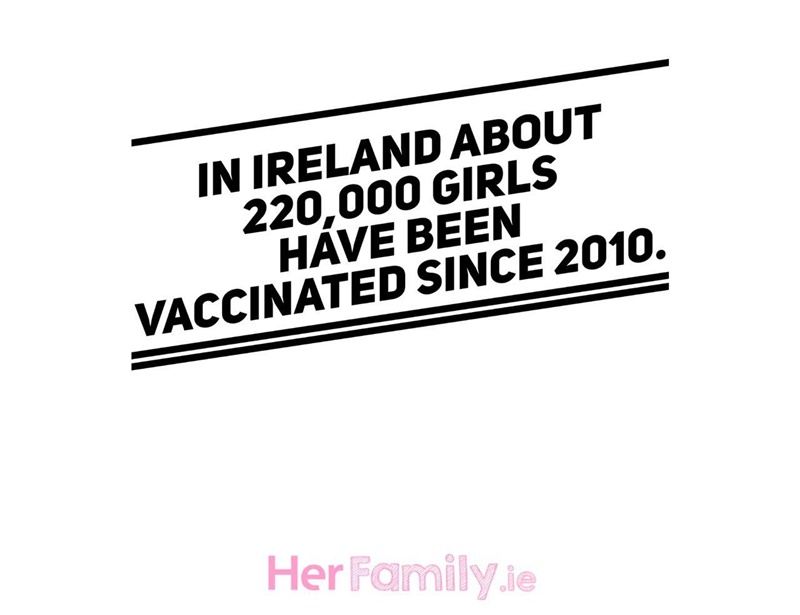 In Ireland, a vaccination programme for all 12-year-old girls started in 2010 through the school immunisation programme. About 220,000 girls have been vaccinated.

Other countries have already started immunisation programmes for boys.

There was huge demand for the vaccine at first with coverage increasing year-on-year to 87 per cent at its peak. That figure has fallen to about 70 per cent today.

“This is of great concern to us,” said Dr Brenda Corcoran, of the HSE’s National Immunisation Office.

Corcoran said that vaccines have to satisfy even higher safety profiles that regular medicines, as they are being given to healthy people.

“There is an even higher [safety] bar,” said Dr Corcoran, who added that a “huge amount of testing” had been done on Gardasil.

Scientists and medical journals have catalogued these studies. Globally, more than 220 million doses of Gardasil have been administered.

Various studies have analysed more than one million men and women aged nine years to 45 years who have been given the vaccine.

The Global Advisory Committee on Vaccine Safety (GAVCS) is an expert clinical and scientific advisory body that was established by the World Health Organisation (WHO) to provide independent, scientifically rigorous advice on vaccine safety issues of potential global importance.

It has been reviewing the safety of HPV vaccines (there is another vaccine called Cervarix) since they were first licensed in 2006. It has said that “a careful examination of the available evidence, continues to affirm that its benefit-risk profile remains favourable.”

The GAVCS said it was “concerned by claims of harm that are being raised on the basis of anecdotal observations and reports in the absence of biological or epidemiological substantiation.”

It added that while the reporting of adverse events following immunisation should be encouraged and monitored, “their interpretation requires due diligence and great care.”

The GAVCS made the point that “allegations of harm from vaccination based on weak evidence can lead to real harm when, as a result, safe and effective vaccines cease to be used.”

At the end of 2015, a report from the European Medicines Agency (EMA) confirmed the vaccine’s safety. The agency had been asked by Denmark to reinvestigate after symptoms of dizziness, fainting, aches and pains were reported in adolescent girls and suspicion fell on the vaccine.

Any which way you look at it, Gardasil has been found to be a safe and effective intervention. Unfortunately, not everyone believes this.

Is there a complication rate?

Absolutely, but the complication rate is extremely low. The most common side effects are usually mild and include pain, redness or swelling in the arm; fever; headache or feeling tired; nausea, muscle or joint pain.

As with all vaccines, on very, very rare occasions, severe reactions can occur after vaccination. Again, this is a miniscule risk with all vaccines. As with other vaccines, the overwhelming consensus is that the benefits outweigh the risk.

Despite all of this, reports of HPV vaccine-damage continue to spread.

Studies clearly show that no long-term conditions are more prevalent in girls who have been vaccinated, compared with those who have not.

The authors of a major study in Sweden and Denmark “found no evidence” supporting associations between exposure to the HPV vaccine “and autoimmune, neurological, and venous thromboembolic adverse events.” They examined 300,000 girls vaccinated with HPV and compared them with almost 700,000 unvaccinated girls.

The European Medicines Agency (the regulator) carried out a review that reconfirmed that the evidence does not support a causal link between the HPV vaccine and the development of Chronic Regional Pain Syndrome (CRPS).

Claims about the HPV vaccine being linked to chronic fatigue have also been repeatedly debunked by the European Medicines Agency.

So, what about the parents who believe their girls have been damaged? They clearly feel strongly. Their stories are certainly powerful and emotive.

But, there is an important point here that is often missed. Given so many teens have received the vaccine it is a statistical certainty that some will develop a physical or a psychosomatic illness after they were given the vaccine.

The science clearly tells us that these problems are no more apparent in girls who have been vaccinated compared with girls who were not.

This point has been very clearly explained by Dr David Robert Grimes, a physicist and cancer researcher at Oxford University. He has expressed huge concern over what he has described as “vaccine scaremongering.”

Many media outlets have been complicit in spreading poorly researched or misleading stories.

Very often, the views of doctors and major health bodies in favour of vaccination have been pitched against individual, emotive stories. They have been presented as equally valid opposing views by the media.

This is called false balance and it has real consequences. It could cost lives.

Earlier this year, the American Society of Clinical Oncology “implored” healthcare providers to increase HPV vaccination. Parents who decide against vaccinating their daughters are no doubt doing this for what they believe are the right reasons, but they are allowing unproven anecdotes to trump medicine and science.

And, in making that decision, they are deciding against giving their daughters a greatly enhanced opportunity to escape cervical cancer.

Susan Mitchell is Health Editor of The Sunday Business Post