Meningitis outbreak: 7 symptoms every parent need to be aware of

With three fatalities in recent weeks, the HSE are now warning parents (and the public in general) to be vigilant about symptoms of meningitis.

Mums and dads are being urged to check their children's vaccination record, and be on the look-out for symptons such as:

Many, when they hear the words 'meningitis' will be on the lookout for a skin rash (that doesn't fade away when you perform the 'tumbler test' of pressing a glass up againt the irritated area of skin), but according to Dr Suzanne Cotter of the HSE’s Health Protection Surveillance Centre (HSPC) parents should not wait to a rash to appear if they suspect something is wrong with their child, as not everyone will develop the rash.

Here is what every parent should know according to Meningitis.org:

What are meningitis and septicaemia?

Meningitis is inflammation of the lining around the brain and spinal cord – the meninges. Septicaemia is blood poisoning caused by the same germs and is the more life threatening form of the disease. Septicaemia can occur with or without meningitis.

What should I do if I am worried about someone who is ill? 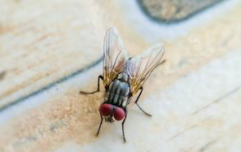 END_OF_DOCUMENT_TOKEN_TO_BE_REPLACED

Viral meningitis is indicated by more flu-like symptoms such as headaches, fever and generally not feeling well, but it is only possible to distinguish between bacterial and viral meningitis by carrying out clinical tests. It is not possible to tell the difference from the symptoms alone. Therefore, every case of suspected meningitis should be treated as a medical emergency.

Even though people typically associate meningitis with a non-blanching rash that doesn't fade under pressure, Dr Suzanne Cotter of the HSE’s Health Protection Surveillance Centre (HSPC) urged people to not wait for a rash to appear. Speaking on RTÉ's Morning Ireland she said:


popular
Japanese schools are making all of their uniforms unisex, should we do the same?
A simple trick to stop flies and wasps from coming into your house
These 5 Foods Could Increase Your Chances of Having Twins
Lockdown with the kids: 8 thoughts every mum has had during isolation
There's a reason why babies love to sleep with their bum in the air and it's adorable
Video of newborns doing the breast crawl shows just how natural breastfeeding is
Hobbits and hot tubs: My family's stay at Mayo Glamping
You may also like
1 day ago
It's almost time: 10 back-to-school-once-more tips every parent needs
2 days ago
5 incredible things you can do with your breast milk (apart from feeding your baby)
3 days ago
5 little ways to make your weekend feel special (even when you are not going anywhere)
6 days ago
These astonishing brain scans of toddlers show the impact love has on us
1 week ago
11 little habits to start now that will slowly change your life for the better
1 week ago
5 easy ways to hang onto your gorgeous summer glow (all year long)
Next Page