Do you have one of these in your car?

UK-based consumer agency Which? has warned parents against buying four car seats that have recently been identified as unsafe after they failed standard safety tests.

Safety warnings are being issued about certain car seats from Chicco, Nuna and Lettas Murphy brands, and the consumer group could reveal that while each car seat had passed the minimum requirements for the car seat regulations, they did not hold up in the Which? tests – which are conducted at higher speeds and stronger forces than the standard requires.

Several safety issues were spotted, and this, Which! argues, is knowledge parents need to have when buying a car seat for their baby or child.

Which? crash-test every child car seat it reviews, carries out fitting checks with both experts and parents and their children, and assesses the comfort and ergonomics of each seat.

These crash tests go beyond the minimum requirements, which is why Which? says: "We feel our tests more accurately reflect what could happen in a real crash."

The car seats which have highlighted safety issues are now labelled as 'Don’t Buy' and have a safety alert attached to them.

Of the recent test results, a spokesperson for Which? said:

"Which? has been at the forefront of independent safety testing of child car seats for more than fifty years. Our tests are respected for being extremely thorough and tougher than the legal minimum regulations." 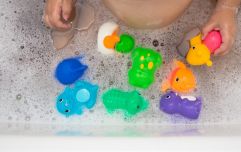 END_OF_DOCUMENT_TOKEN_TO_BE_REPLACED

The spokesperson explains that in the last few years, Which? took the decision to add safety alert banners to all Don’t Buy car seat reviews to flag to parents that our testing uncovered safety issues that we think they should know about.

'These banners can be seen above the paywall – that means you don’t have to be a member of Which? to see them – as we feel it’s important that all parents are made aware of potential safety problems."

The latest car seats to be labelled 'don't buy' by Which? include: 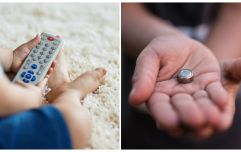 END_OF_DOCUMENT_TOKEN_TO_BE_REPLACED

"Despite passing the regulatory tests for R129 car seats, our lab experts spotted issues when crash testing this car seat in a front impact, which means that it’s a Don’t Buy."

"In our tests, which are conducted at higher speeds and stronger forces than the standard requires, this car seat gets a poor safety rating. Our lab experts spotted issues during the front-impact crash test which caused the dummy to twist too much to the side."

"Our lab experts spotted the same issues seen in the Chicco Seat4Fix, so both car seats get the same score and safety rating."

'The main issues with this car seat are when used for older children as a group 2/3 seat. Our lab experts noticed there were safety issues during the side-impact crash tests. The lab also highlighted problems that could lead to incorrect installation."

Which? also advises parents to always register their new car seat with the manufacturer, so the company has your details and you can be automatically alerted if there is a recall on the seat.


popular
"You're disgusting": Prince William roars at photographer who was 'stalking' his family
Expert says Cocomelon acts "as a drug" to kids' brains
Level 5: 10 really cool colouring pages to print and colour in from Pinterest
Mum slated for letting kids stay up late at sleepover- was she wrong?
Fashion expert tells mothers what to wear on school run to not look 'old and frumpy'
Irish parents already feeling the pressure over back-to-school costs
Meet Ireland's Sexperts: we get the inside scoop on conscious sexuality