Growing a baby from conception to birth is no easy feat.

Apart from the actual baby, us mums also grow an entirely new organ – the placenta – as part of the process, and then have to go through the ordeal that is labour and birth, before our bodies are once again just our own. Top that off with the fact that many mums also breastfeed for weeks or even months after birth, with our bodies producing enough milk to keep a baby alive and thriving. I mean – really; just think about it – how in awe does this leave you over just how freaking amazing women really are?

However, this all takes its toll on a woman's body – so much so that according to Australian Dr Oscar Serrallach, some women actually still feel the effect of pregnancy and birth years later. Speaking to Goop, Serrallach explains:

"The placenta passes many nutrients to the growing baby during pregnancy, tapping into the mum’s “iron, zinc, vitamin B12, vitamin B9, iodine, and selenium stores—along with omega 3 fats like DHA and specific amino acids from proteins,” he explains. "Nature’s design is that the developing fetus will take all that it requires from its mother. The go-between to ensure that this happens safely is the placenta."

Serrallach has spent the majority of his career witnessing the effects of pregnancy, which he calls postnatal depletion, first-hand, watching as women fail—hormonally, nutritionally, and emotionally—to get back on their feet after the baby comes.

Part of the pregnancy and postnatal process, Serrallach explains, is reprogramming: “It supports the creation of ‘baby radar,’ where mothers become intuitively aware of their child’s needs, if they are cold or hungry, or if they cry at night.” This hyper-vigilance becomes dangerous for the mother when she, in turn, is not supported. When his own wife had their third child he observed that she too was totally destroyed, and unable to get back to “feeling like herself.” Sound familiar? I know.

“There is plenty of prenatal support,” he explains, “but as soon as a baby is born, the whole focus goes to the baby. There’s very little focus on the mother. The mother disappears into the shadows of her role.” 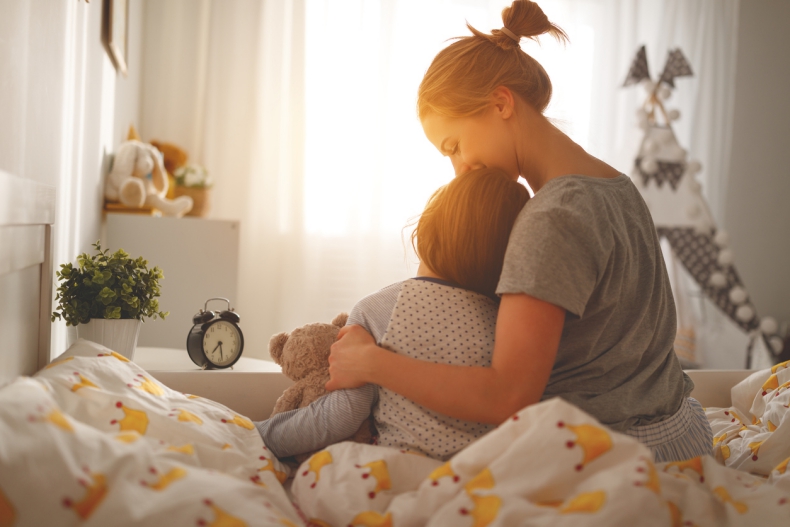 First of all, Serrallach says we need to respect and encourage a natural birth, skin-to-skin postpartum time and breastfeeding as much as possible, as these all contribute to the release of oxytocin that helps the bond between mother and baby become established. 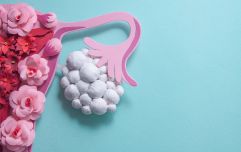 END_OF_DOCUMENT_TOKEN_TO_BE_REPLACED

"This is nature’s design, so the further we drift away from this in terms of interventions, the more we can expect the “cascade-like” flow of “compromises” in the postpartum period and beyond, for mother and baby."

As well as this, the doctor wants to encourage health care professionals and mothers themselves to become more aware of the changes that happen in a women's brain when she becomes a mother – literally, your brain changes when you are pregnant, and the grey matter volume decreases. However, says Serrallach, this is not so much the brain getting smaller, but rather being socially modified to become a mother.

"Part of this upgrade is the acquisition of the “baby radar,” where mothers become intuitively aware of their child’s needs, if they are cold or hungry, or if they cry at night," he explains. "This hyper-vigilance is obviously vital for the survival of the child but if living in an unsupportive society, it can lead to sleep problems, self-doubt, insecurity, and feelings of unworthiness."

All of this, this combination of the extremely demanding task of being a mother from the perspective of both childbearing and child-raising, can lead to both physical and mental depletion, Serrallach explains.

Fatigue, exhaustion, 'baby brain,' feeling emotional, topped with a sense of isolation, vulnerability, and of not feeling “good enough, and you've got a mother who is barely holding it together – but that holds it together every day – because that is what mothers do.

And if you think this sounds like you, you are not alone.

"I suspect up to 50 percent of mothers will have some degree of postnatal depletion—possibly more, but because of the focus of our clinic I would have a slanted view," Serrallach tells Goop. "I don’t tend to have mothers seeking my helping who are feeling “amazing.”

popular
Emma Pattison made distressed call to sister before murder-suicide
Vogue Williams opens up about her divorce from Brian McFadden
Emma Pattison: Tributes paid following death of head teacher and her family
RTÉ Operation Transformation star starts fertility treatment
Expert says Cocomelon acts "as a drug" to kids' brains
20 Unisex Irish Baby Names That Are Absolutely Magical
Here's why Laura Whitmore's alcohol posts were banned on social media
You may also like
1 month ago
Lack of sleep can add up to seven years to women's biological age
3 months ago
Expert reveals how often you should clean your child's bath toys
5 months ago
This simple idea will help cultivate an attitude of gratitude in your children
6 months ago
I tried a viral 5-second trick that promised to make me a happier, calmer parent
7 months ago
We are more likely to get sunburnt in Ireland than on holidays abroad – this is why
7 months ago
International Yoga Day: 7 incredible benefits kids can get from doing yoga
Next Page