According to the United Nations, which is launching International Day Against Violence and Bullying in Schools today, as many as one in three school-age children and young adults have suffered some form of bullying this past month.

Apparently, it is a person's physical appearance that is the main reason many get bullied, with people seen as different most often chosen to be a victim.

And, unfortunately, there is "a strong connection and continuum between offline and online bullying".

The new study found that most students who are victims of cyber-bullying can report having been previously bullied in school, meaning many victims of bullying have suffered both online and offline abuse.

According to UNESCO, school violence and bullying is most likely to be carried out by students on other students but in some cases, it is perpetrated by teachers and other school staff.

Speaking on the issue today, President Michael D Higgins said it was "unacceptable that we would tolerate an atmosphere of anxiety, fear and insecurity" in schools.

He added that the UN's research shows "appalling findings of deep concern, demonstrating the need for heightened awareness of an issue that demands an appropriate set of policy responses to tackle its far-reaching consequences". 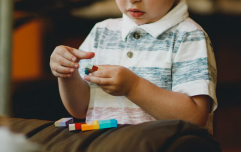 Enjoy your coffee, mums – unsupervised playtime is the best thing you can do for your child

END_OF_DOCUMENT_TOKEN_TO_BE_REPLACED

"School-related violence, in all its forms, is a serious infringement, of course, of not only children and adolescents’ rights to education, but to their basic rights to health and well-being."

"The consequences of bullying include children and young people finding it difficult to concentrate in class, missing classes, avoiding school activities, playing truant, or dropping out of school altogether.

"The experience of being bullied has a demonstrable, adverse impact on academic achievement and intellectual and personal development, as well as future education and employment prospects.

He added: "Education at its best delivers security emancipation from sources of fear to children and young adults, such as will enable them to become free, responsible, engaged and participative citizens in an increasingly complex and interconnected world.

"Children are the future, they are agents of change within their own schools and communities, and they rightly continue to demand more urgent action on these important issues.

"We need strong leadership at every level, with public support, to tackle these issues which affect so many children and young people to the detriment of their education and quality of life, impacting on their future life circumstances and happiness.

"What is most important is acknowledging that we must address all the root causes of violence and promote a culture of respect for students’ rights and of zero tolerance to bullying and violence."

popular
Kourtney Kardashian gives huge update about stopping her IVF journey 10 months on
Couple, both 100, die holding hands just hours apart after being married for almost 80 years
The government has launched a new funding model for Irish childcare services
Expert says Cocomelon acts "as a drug" to kids' brains
Here's your chance to WIN a €500 toy voucher just in time for Christmas, with Petits Filous
Derry Girls star is the latest to head onto Dancing With The Stars
The release date for season 12 of Call The Midwife has been announced
You may also like
1 week ago
Third child dies from scarlet fever in UK- here are the symptoms to look out for
1 week ago
Irish dad shares warning after his 12-week-old baby was hospitalised with RSV
2 weeks ago
Warning issued to Irish parents after increase in RSV cases
3 weeks ago
Warning to Irish parents following chickenpox outbreak
1 month ago
Virus causing rare strain of hepatitis in Irish children
1 month ago
Only 1 in 4 children are vaccinated against Covid-19
Next Page