A true icon, among us.

Yesterday was April Fool's Day, in case you didn't know.

There were many jokes afoot, among them Matt Damon being made the Freeman of Dun Laoghaire, but one of the best, most inspired, and generally brilliant gags has in fact come from Dublin dad Declan Kelly.

Rather than simply playing a basic prank on his kids to mark the day, Declan decided to go all out and print out a letter seemingly from Virgin Media, alerting his family that the internet was going to be cut off in their area for the next three months... maybe even until October.

The full letter read: "Dear Householder, we are writing to let you know that because of ongoing works, there will be no internet in your area for the next three months. It will be completely down and unfortunately you will not have access to the internet. 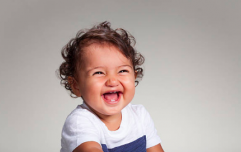 END_OF_DOCUMENT_TOKEN_TO_BE_REPLACED

"We expect it to be back working by September, but it may be October. Many thanks for your patience on this matter."

Declan shared the letter to Twitter yesterday, writing that his kids "went into meltdown" when the post arrived, believing that they would have to go an entire summer without access WiFi - and rightly so.

According to followup tweets, the children quickly figured out that the letter was, indeed, an April Fool's joke, and probably went back to scrolling on their iPads.

Virgin Media have since responded to the tweet, thanking the dad for giving them a laugh on April 1.


popular
Here's what bookies think Harry and Meghan will name their baby girl
Mother wants to exhume daughters body from her grave in Cork
Maternity hospitals can now begin to ease visitor restrictions says HSE director
10 rare Irish baby names not too many parents are using these days
Not to be dramatic, but we think we might die if we don’t get these Starbucks cups
"To all my friends with babies, I apologise."
Children with these names are statistically more likely to be successful
You may also like
1 year ago
LOL Surprise company has said that they pledge to make toys biodegradable
1 year ago
Shop in trouble for sticking googly eyes on fish to make them seem fresh
1 year ago
A prosecco handbag exists and World Prosecco Day is the perfect time to make a purchase
1 year ago
Someone is selling a plastic McDonald's straw on eBay for €1,000 and just lol
2 years ago
A coffee shop just opened next to a Post Office in Dublin, and the name is HILARIOUS
2 years ago
Penneys are now stocking a range of LOL clothing and they're gonna be a hit
Next Page