Irish children have joined the thousands of children worldwide taking part in 'school strikes' in support of Greta Thunberg.

The Swedish teenager, who was recently nominated for a Nobel Peace Prize, is encouraging students across the globe to strike today for climate change.

Irish school children have protested over the last few weeks in support of the young activist in their local areas and outside of the Dail.

Greta Thunberg started her personal 'school strike' last year but the movement is picking up momentum and children in countries including Japan, Australia, the United States, the United Kingdom and Ireland are now taking part.

These Friday protests have become known as 'Fridays for Future'.

The efforts of Irish children have not gone unnoticed by Ms Thunberg and according to The Guardian the 16-year-old said;

"There has been a number of real heroes on school strike, for instance in Scotland and Ireland, for some time now. Such as Holly Gillibrand and the ones in Cork with the epic sign saying ‘the emperor is naked’."

School strike week 27. We are on our way to Paris. See you at Opéra at 13.00!#climatestrike #fridaysforfuture #schoolstrike4climate pic.twitter.com/HCE1WwsyS9 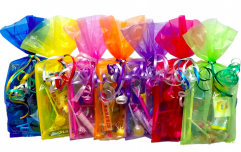 END_OF_DOCUMENT_TOKEN_TO_BE_REPLACED

Last month secondary school children from across Dublin gathered outside the Dail to call on the government to tackle climate change.

Students in Cork have also taken part in the movement every Friday at Cork City Hall.

Teenage Thunberg has captured the imagination of many and according to Green News, Irish students plan on continuing their Friday protests until climate change is addressed by the government.


popular
13 super sweet baby names many parents haven't discovered yet
14 gorgeous baby names inspired by locations all over the world
The top baby names (so far) of 2020 are in – and we have spotted a trend
UPDATE: Gardaí have found 23-month-old Jasmine Arshad safe and well
Lockdown babies: New parents to get three extra weeks leave each due to pandemic
Lockdown babies: Parents are opting for some very unique pandemic baby names
The 30 baby names that are going to be super popular in 10 years time
You may also like
2 months ago
Earth Day: 3 great books to spark a conversation with your kids about the environment
9 months ago
Aldi bans non-detectable black plastic trays from beef products
9 months ago
5 ways I've changed my family routine to be more environmentally friendly
1 year ago
Holly and Phillip horrified by footage showing where our wet wipes end up
1 year ago
Ireland has become the second country to officially declare a climate emergency
1 year ago
5 things the whole family can do to make this Christmas more environmentally friendly
Next Page