Are your children using social media?

Are they old enough to do so.

According to a new Irish study, children too young to legally be on social media can completely bypass age verification measures on the likes of Snapchat, Instagram, TikTok, Facebook and WhatsApp simply by lying about their age.

The research, conducted by researchers at Lero, the Science Foundation Ireland Research Centre for Software, also found that there are real dangers to children who are “easily” bypassing the age verification process.

“This results in children being exposed to privacy and safety threats such as cyberbullying, online grooming, or exposure to content that may be inappropriate for their age.”

Worryingly, it found all ten apps permitted users, regardless of age, to set up accounts if they first gave their age as 16.

Europe’s General Data Protection Regulation (GDPR) requires children below the age of digital consent (13-16) to have verifiable parental consent for the processing of their data.

In the EU, countries are free to set a different digital age of consent, ranging from 13-16. For instance, Ireland, France, Germany and the Netherlands have opted for 16, while Italy and Spain have set the age at 14. In the UK, Denmark, and Sweden it is 13. 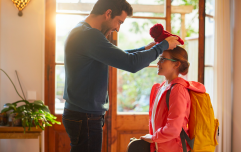 END_OF_DOCUMENT_TOKEN_TO_BE_REPLACED

Dr Pasquale, the assistant professor at University College Dublin’s School of Computer Science also spoke about the findings of the study:

“Our study found that some apps disabled registration if users input ages below 13, but if the age 16 is provided as input initially then none of the apps requires proof of age," Pasquale said.

“Providing mechanisms that deter a user from installing an app on a device on which they have previously declared themselves to be underage is currently one of the most sensible solutions not to incentivise users to lie about their age."

According to the Irish Examiner, the researchers looked at existing age recognition techniques using biometrics such as speech recognition and fingerprint characteristics as possible solutions to implement more robust age verification mechanisms. However, these were also found to have limitations with speech recognition, for example, easily bypassed by playing voice recordings.

"Based on our study and on our survey of biometrics-based age recognition techniques, we propose a number of recommendations to app providers and developers.”

These recommendations include robust age verification mechanisms, encouraging users not to lie about their age when setting up an account, enabling the most restrictive privacy settings, and clarifying the minimum age and treatment of data.


popular
Man charged in connection with Ashling Murphy's murder
These are the top baby names for 2022
Mum issues warning after discovering mould in Sophie the giraffe teether
Teen who pushed girl under Dart to face trial in adult court
Gardaí concerned for welfare of missing 14-year-old Dublin girl
Five stillbirths linked to Delta variant for unvaccinated mothers
Expert says Cocomelon acts "as a drug" to kids' brains
You may also like
2 days ago
Playing with mud and soil in creche changed children's immune systems
1 week ago
Pandemic babies are displaying developmental delays study finds
1 week ago
Research shows children who eat more vegetables have better mental health
3 weeks ago
Period irregularities 'most likely' caused by Covid vaccine, new study finds
1 month ago
How much sleep do you actually lose during your first year of being a mum?
1 month ago
Short women and tall men make the happiest couples, study claims
Next Page