Look, we totally get it.

School is important – and I am sure most of you, like me, have rules in place when it comes to what is and isn't allowed on a school night (or, as it is now known as, a home school night).

And this is the same for royals, it would seem.

After the event, veteran British singer Petula Clark chatted to the Kate, who revealed just how strict she is when it comes to George and Charlotte's routines now that they are both in 'big school.'

Clark later told reporters that the royal mum-of-three had clear views on school term routines, and that Kate had refused her two eldest children's requests to attend the concert along with their mum and dad.

The reason? It was a school night! 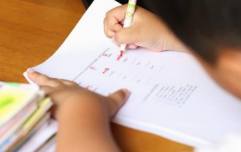 Long may it last: Here is why I think primary schools should NEVER bring back homework

END_OF_DOCUMENT_TOKEN_TO_BE_REPLACED

“As she chatted with Petula Clark the Duchess said her children had been really excited about where she and William were going – particularly the dancing and singing – and asked if they could come but she had to tell them ‘not on a school night’,” The Mirror reports.

And sure look, we have all been around the block, we know how tricky it is to get over-tired kids into bed. Sounds like a good call, Kate!


popular
11 beautiful vintage baby names that deserve to make a comeback
Here are the 10 most popular Irish baby names OUTSIDE of Ireland
Dear mums – here are the words we really need to share with every new mother we know
WATCH: Netflix is bringing out a documentary on the Watts family murder
Long may it last: Here is why I think primary schools should NEVER bring back homework
5 great pumpkin patches around Ireland to bring the kids to this month
20 Unisex Irish Baby Names That Are Absolutely Magical

You may also like
2 months ago
The parenting trick the Duchess of Cambridge swears by when George or Charlotte misbehave
3 months ago
Doting dad! Kate and William release gorgeous family snaps to mark the Duke's 38th birthday
3 months ago
Prince William reveals that mealtimes with small children can be a bit of a challenge
4 months ago
5 today! Kensington Palace releases brand new pictures of Princess Charlotte in honour of her birthday
5 months ago
Meghan Markle is due to give her first post 'Megxit' TV interview and it's happening next week
5 months ago
Prince Louis will be celebrating his 2nd birthday next week – and here's how it will go down
Next Page