The simple, everyday habit that has a major impact on how your children do in school

It can be tricky in the midst of our busy schedules to find the time to sit down for dinners together as a family.

But if you want your children to stay healthy and do well in school, research has shown that this one is worth making time for.

According to studies done at Harvard Graduate School of Education and the University of Tulsa in the US, researchers found that for young children, dinnertime conversation boosts vocabulary even more than being read aloud to.

To conduct this study, researchers counted the number of rare words – those not found on a list of 3,000 most common words – that the families used during dinner conversation. Young kids learned 1,000 rare words at the dinner table, compared to only 143 from parents reading storybooks aloud. This also had a series of add-on effects, as kids who have a large vocabulary will learn to read earlier and more easily.

According to the research, older children also reap intellectual benefits from family dinners. For school-age youngsters, researchers found that regular mealtime is an even more powerful predictor of high achievement scores than time spent in school, doing homework, playing sports or doing art.

Other researchers reported a consistent association between family dinner frequency and teen academic performance. Adolescents who ate family meals five to seven times a week were twice as likely to get A's in school as those who ate dinner with their families fewer than two times a week. 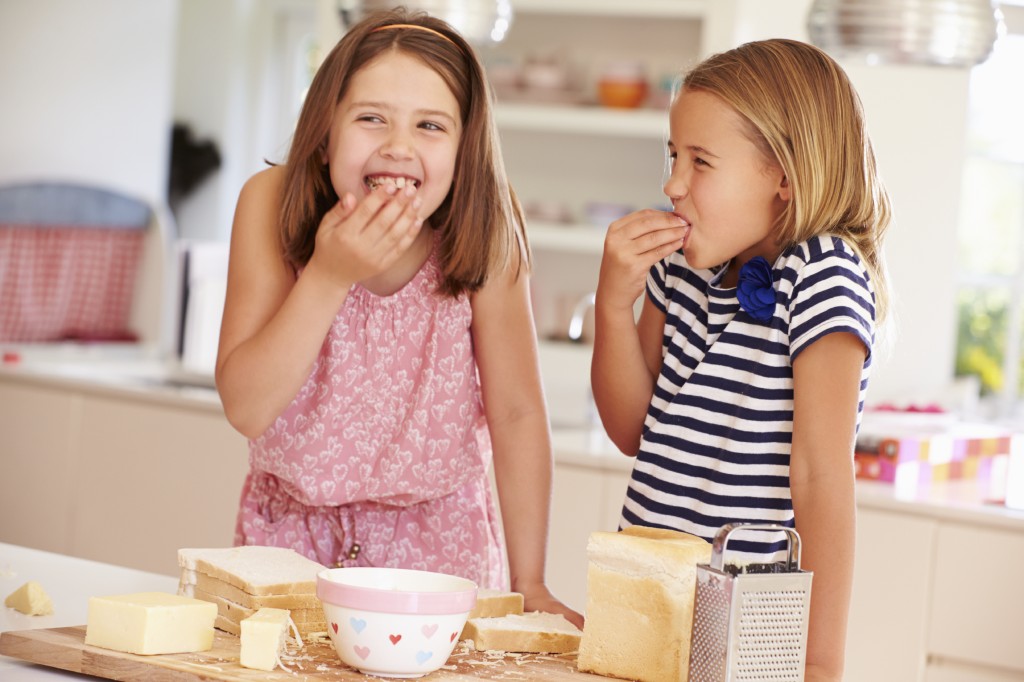 Good for health too

It is not only their brains that will benefit from that family dinner, it turns out. According to more studies, children who eat regular family dinners also consume more fruits, vegetables, vitamins and micronutrients, as well as fewer fried foods and soft drinks, than children who eat separately from their parents. 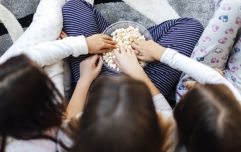 Struggling to get your tween to talk to you? We found something that might help

END_OF_DOCUMENT_TOKEN_TO_BE_REPLACED

And this nutritional benefit doesn't stop there. It turns out that young adults who ate regular family meals when they were in their teens are less likely to be obese and more likely to eat healthily once they live on their own.

Researchers point out that it is not just the presence of healthy foods that leads to all these benefits. The atmosphere around the dinner table is important too. According to science, parents who are warm and engaging will encourage more healthy eating in their children than parents who are controlling and restrictive.

But, all your good work might be a lost cause if you forget to switch the TV off before you sit down to eat. In studies conducted in both the US, as well as Sweden, Finland and Portugal, results showed that children who watch TV  during dinner were more likely to be overweight by the time they were in third grade.

The good news is that dinners don't have to be complicated or of the gourmet variety for these benefits to be achieved. Good, quick and healthy is perfectly fine, just as long as you eat it together. And if your week doesn't allow time for family meals, pencil them in for the weekend - it gives us just another reason to look forward to those lazy family brunches!

How do YOU make time for family dinners? And do you have any healthy, quick and family-friendly recipes to share? Send me an e-mail at Trine.Jensen@HerFamily.ie.


popular
Using a childminder? You might be entitled to a new subsidy.
10 rare Irish baby names not too many parents are using these days
Here's what's opening on the 26th of April - better get booking!
Can you pronouce these 7 'unique' baby names? They're trickier than you think
Princess Charlotte doesn't have to bow to the Queen but Prince George does - here's why
Vogue Williams son Theodore recuperating after an accident at home
There's a reason why babies love to sleep with their bum in the air and it's adorable

You may also like
18 hours ago
Mum confession: My little boy would never listen to me – until I tried something new
1 day ago
Crafty mum makes 'edible' sandpit for her baby by putting Cheerios in a blender
1 day ago
Don't worry – being a 'good enough' parent is actually good enough
1 day ago
12 things all kids should be able to do by the time they are 12
1 day ago
One mum nails why ALL companies should be trying to recruit mothers to their workforce
3 days ago
3 easy lockdown crafts to make from things you have around the house
Next Page