If there's one thing people don't like doing, it's admitting that they're wrong.

This also applies to toddlers, evidently.

One toddler didn't want to admit that he was wrong so badly, that he bit into a whole onion like it was an apple.

Dedicated to the cause, clearly.

The video, which was originally uploaded to Reddit, was captioned: "Mom, can I have this apple?" "No, that's not an apple! That's an onion!" "No, it's not!"

It most definitely was though.

You can see the exact moment where he realises his mistake. 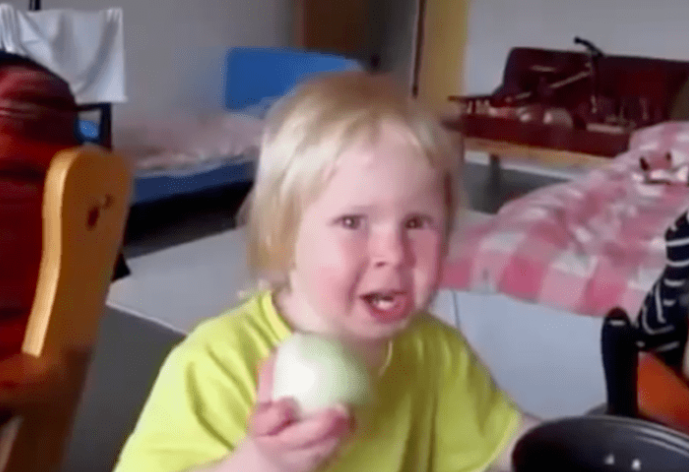 The unknown toddler didn't just take one bite out of the onion though.

Five whole, excruciating, onion-filled bites, while his mother filmed the whole thing somehow managing to keep her laughter at bay. 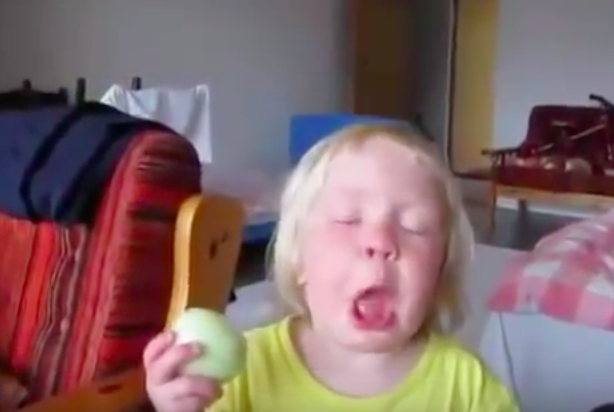 Reddit users then began sharing their own experiences of the things they did regarding food when they were younger.

And some of them are fairly relatable.

popular
Kelly Clarkson admitted she spanks her children if they misbehave
Today FM's Paula MacSweeney welcomes baby boy
Hilary Swank, 48, reveals she is pregnant with twins
It looks like Ireland could get a white Christmas this December
Kelly Osbourne responds to backlash over deciding not to breastfeed
Angelina Jolie accuses ex-husband Brad Pitt of abuse
Expert says Cocomelon acts "as a drug" to kids' brains
You may also like
4 days ago
Mum shares important warning after almost losing her newborn to a kiss
5 days ago
'Don't do it if you are a parent' – paediatrician warns against viral organising hack
1 week ago
Should older kids have to babysit younger siblings? One mum weighs in
1 week ago
TV presenter praises royal children – and claims most parents today are raising 'spoiled brats'
2 weeks ago
"Home alone" – hilarious Prince Louis memes are taking over the internet
2 weeks ago
Waitress admits to watering down kids' sugary drinks without telling parents
Next Page