"It all started at the very beginning of seventh grade..."

Look lads, we know. We're sick of reboots too.

It's the least they deserve, and yet here we are, get hyped over another reboot of a children's TV classic, as if it's a new show and not another reboot or reunion or re-telling of a story that we've already heard multiple times but listen, sure what can you do?

All there is left to do is accept that new content is rare in this life, and if a reboot of the Baby-Sitters Club is going to be a shining beacon of light in this godforsaken world, then I guess we'll have to take it.

The first official trailer for the Netflix retelling of the iconic story (with the iconic phone) is here and in fairness, it just as wholesome as you'd expect.

Kristy, Claudia, Stacey, Mary-Ann, and Dawn (name more middle American 80s girls names, we dare you) are the official members of the club, and they're on a mission to do everything in their power to sit some babies, flirt with some boys, and cause some mischief. 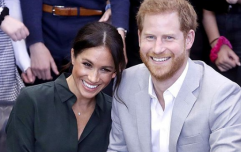 END_OF_DOCUMENT_TOKEN_TO_BE_REPLACED

It's a coming of age tale for kids. What else were you expecting?

Based on the incredibly successful book series by Ann M Martin, the new series is sure to incite nostalgia in even the most anti-reboot among us.

And c'mon, it'll be something nice to watch. Makes a change from all of those true crime documentaries keeping you up at night.

The Baby-Sitters Club will be streaming on Netflix on July 3.

You can check out the trailer below:


popular
Josepha Madigan compares issues around schools reopening to Mother and Baby Homes
Sligo teacher creates animated video series for Junior Cert revision
Positive parenting: 11 little things that mean the world to kids
Irish people urged to send a hug to loved ones on National Hugging Day in aid of Ronald McDonald House
RTÉ are introducing new educational programmes aimed at those sitting their Junior- and Leaving Certs
These 5 Foods Could Increase Your Chances of Having Twins
20 Unisex Irish Baby Names That Are Absolutely Magical
You may also like
5 days ago
Netflix announces new true crime documentary series: The Vanishing At The Cecil Hotel
1 week ago
Bridgerton could run for eight seasons, says creator
1 week ago
Turns out Bridgerton's Duke and Prince were both in Harry Potter
1 week ago
Did you spot this? Bridgerton's Claudia Jessie also starred in Line Of Duty
2 weeks ago
Bridgerton streamed by 63 million households in record-breaking Christmas for Netflix
3 weeks ago
Watch: New on Netflix for January
Next Page