YouTube insist it has seen 'no evidence; of Momo Challenge in its videos

"Contrary to press reports, we’ve not received any recent evidence of videos showing or promoting the Momo challenge on YouTube."

YouTube has claimed it has not received any evidence that the Momo Challenge is appearing on the video sharing platform, despite reports in the press.

Disturbing stories have surfaced in the news in recent days of how the 'challenge' appears on YouTube, sometimes in videos aimed at children.

Featuring the distorted face of a woman with bulging eyes - known as Momo - the videos encourage viewers to self-harm and even commit suicide.

With some reports claiming the deaths of four children have been linked to the Momo Challenge, some parents have understandably raised concerns, sharing warnings about it across Facebook and other social media.

Having initially stayed quiet on the subject, YouTube has now responded to reports, insisting that if such content does appear on its platform it will be taken down immediately.

"Contrary to press reports, we’ve not received any recent evidence of videos showing or promoting the Momo Challenge on YouTube," a spokesperson told the Daily Dot. 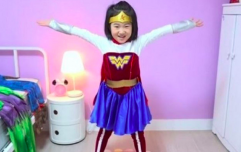 END_OF_DOCUMENT_TOKEN_TO_BE_REPLACED

"Content of this kind would be in violation of our policies and removed immediately."

Despite such assurances from YouTube, reports that Momo has been appearing in children's programmes such as Peppa Pig have seen some schools warn parents about the challenge.

Haslingden Primary School, near Bolton, posted a statement about it on their Facebook page on Tuesday which urged parents to be vigilant.


popular
Brides-to-be! The €50 Zara dress that's perfect for day two of a summer wedding
Parents build two tiny homes on their property for their teenagers to live in
I'll be tired in the morning, but as a mum I stay up late to get some time to myself
Lost Girls is the Netflix drama we're all going to be hooked on next month
The floral River Island dress that will instantly update your wardrobe for spring
I've hit the point where I'd rather travel for my child's birthday than organise a party
Holly Willoughby just wore the cutest €40 dress from Marks and Spencer
You may also like
2 months ago
A Santa Television YouTube channel exists and the kids are going to love it
4 months ago
33 genius parenting hacks that might just make life a little bit easier
6 months ago
5 simple, yet effective workouts you can do during naptime, mama
10 months ago
Couple criticised for making six-year-old daughter cry in 'prank' Youtube video
11 months ago
YouTube is starting to crack down on videos with 'anti-vaccination' content
11 months ago
This warning about YouTube Kids is something that all parents need to read
Next Page