Mia was diagnosed at 18 months.

After 20 years of fighting for better autism services in Ireland for his daughter Mia, Keith Duffy is over the moon that his hard work has paid off.

Being given access to the same experiences despite her autism diagnosis, Mia is currently in her fourth year at university studying enterprise computing and has been offered a new job in an American company.

The now 22 year old was diagnosed with autism at 18 months and didn't speak until she was seven, making it to college with the help of her dad's determination.

"Mia’s very determined. She puts a lot of pressure on herself, but she achieves a great amount, and that was all down to appropriate intervention at the right stage of her life, which we had to fight hand over tooth for, but we got there." 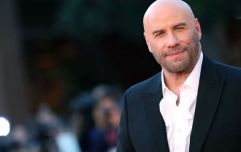 END_OF_DOCUMENT_TOKEN_TO_BE_REPLACED

When Mia was first diagnosed, Keith described the services for children with autism and the education around it as very poor, and he was forced to take matters into his own hands when it came to getting care for his daughter.

Taking a break from his career at the time, he headed to the US to learn how to home educate children on the autism spectrum through a form of education called ABA, applied behavioural analysis, from a specialist team.

With little support in Ireland, Keith took matters into his own hands, starting his own charity Irish Autism Action which supports children with autism in Ireland and their families and eventually launched the Keith Duffy Foundation which supports a number of children's charities.

His first charity lobbied the Irish Government to open a school that provided an education that was appropriate for children with autism and Mia eventually attended it.


popular
6 fun things to do in Dublin on your next family day out
Man reveals he spent an hour trying to save Irish girl (7) in Majorca
Patrick Kriegel couldn't cope with the loss of his daughter Ana
Entertainment: This weekend's family-friendly TV Guide
Stacey Solomon "so worried" about Joe Swash's stag-do
Get ready! Casa Amor is happening sooner than you think
Tipperary tragedy: Eldery man died from natural causes
You may also like
3 weeks ago
Families are facing "unprecedented barriers" in securing autism assessment in Ireland
1 month ago
Dad comes up with an easy way to help autistic children at parks and playgrounds
2 months ago
UK mum claims autistic son's school placed him in isolation room without her knowledge
3 months ago
Crystal Swing's Dervla says people still don't "understand" autism as she calls for more supports
4 months ago
Crystal Swing's Dervla calls for more supports for children with autism
4 months ago
AsIAm & Saint John of God Foundation launch autism diagnosis support for parents
Next Page