She also claimed the treatment caused her to experience symptoms of menopause.

Kourtney Kardashian has revealed she and her fiancé Travis Barker are undergoing IVF, stating that it "hasn't been the most amazing experience".

In a trailer for the Kardashians' new reality show released on Monday, the mum-of-three confirmed months-long suspicions the couple are trying for a baby. Though the pair were shown consulting with doctors and seemingly undergoing tests in the teaser, it wasn't made clear how far along in their fertility journey they are.

However, in another clip leaked after the initial trailer dropped (only to be deleted again), Kourtney revealed she and the Blink-182 drummer have been undergoing IVF in hopes of conceiving a child together.

Describing the less-than-pleasant experience, the eldest Kardashian sister said: "Travis and I want to have a baby, and so my doctor took us down this road of doing IVF. And it hasn't been the most amazing experience."

The clip then shows a scene in which Kourtney opened up to momager Kris Jenner about how the treatment has caused her to gain weight, which didn't go unnoticed on social media. 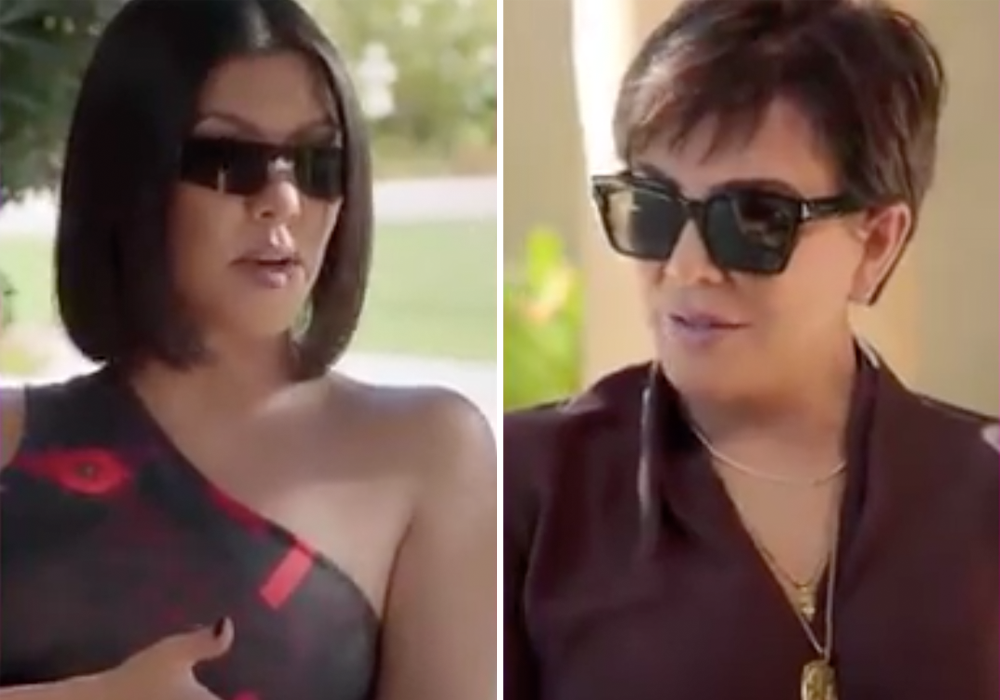 END_OF_DOCUMENT_TOKEN_TO_BE_REPLACED

Shocked, Kris asked: "Based off of what? A drug?" to which Kourtney replied, "yes."

The initial trailer saw the Poosh founder and Travis, who got engaged in October, speaking to a medic who told them to "put the sample in this cup" and then switch off their mics.

No doubt the new show will explore the couple's journey to marriage and parenthood in greater detail when it drops next month (on Hulu in the US, or Disney+ on this side of the Atlantic).

Watch the leaked clip, obtained by Us Weekly, below:


popular
The bodies of three missing children and woman found in Minnesota lake
I tried 'slow parenting' for a year and I'm never going back
New dad called 'demanding' over list of guidelines to visit newborn son
Opinion: The obsession with routines and sleep training for babies is weird – and stressful
Level 5: 10 really cool colouring pages to print and colour in from Pinterest
Parent's Benefit Leave extended from today - here's what you need to know
Supermarkets add security tags to baby formula as cost of living crisis deepens
You may also like
1 month ago
Kim Kardashian says she'll "hopefully" have one last wedding: "Fourth time’s a charm!"
1 month ago
Did Pete Davidson get a tattoo of girlfriend Kim Kardashian's kids?
1 month ago
Pregnant Rihanna couldn't attend the Met Gala – so a marble statue of her came instead
1 month ago
The Met Gala once again showcased La La Land's most glam mamas
2 months ago
Pregnant Sophie Turner says becoming a mum made her a better actress
2 months ago
Met Gala 2022: What happens inside the event and where do the funds go?
Next Page