"There are no answers."

Our true crime obsession is still going strong, and the next story set to feed our addiction is new series The Staircase.

It revolves around the real-life case of Micheal Peterson, an American novelist who, in 2001, was accused of murdering his wife, Kathleen.

If it sounds eerily familiar, that's because it is. Like everyone else, you probably binge-watched the Netflix documentary by the same name back in 2018.

This time though, Colin Firth and Toni Collette will be bringing the characters to life in a reenactment of the mysterious events.

One day, Peterson called 911 in a panic to say he had discovered his wife's body dead at the end of the stairs in their home. How exactly she made it to the end of those stairs has long been the subject of intense scrutiny - and the case has fascinated the world ever since.

Kathleen had injuries inconsistent with a fall down the stairs and police soon arrested Peterson. He insisted on his innocence, but authorities believed he had bludgeoned Kathleen to death using a blow-poke, an object which had mysteriously vanished from the family’s fireplace.

He was found guilty of Kathleen’s murder in 2003 and sentenced to life in prison, but after several pleas he was released on time served. 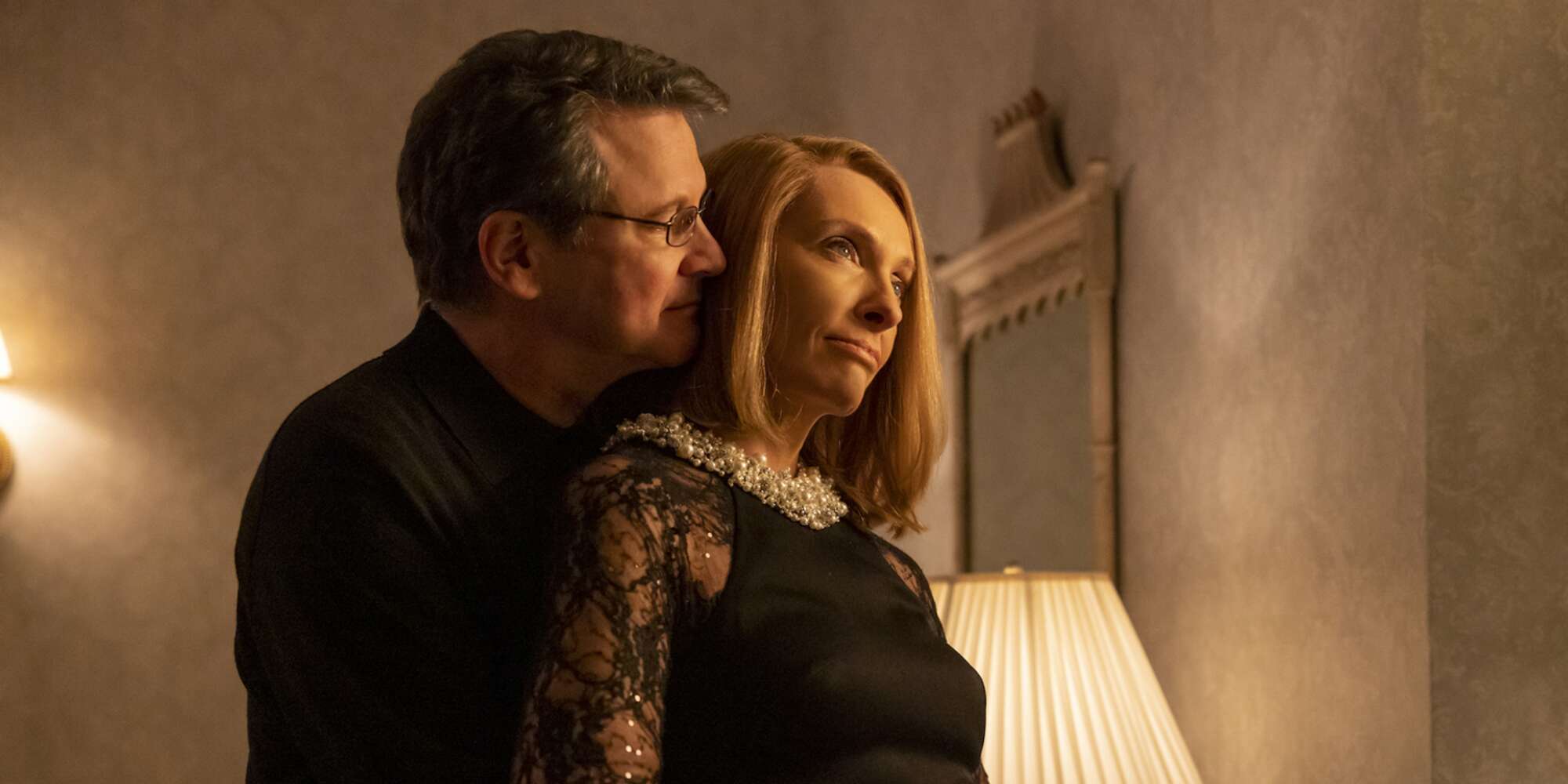 END_OF_DOCUMENT_TOKEN_TO_BE_REPLACED

The mini-series follows the lengthy court battles Peterson went through and the impact Kathleen’s death had on the family.

It all gets a bit inception-like in some places, as the new show features a French film crew making a documentary  about Peterson and his case. This documentary actually happened in real life, and it was called, you guessed it, The Staircase.

It also takes a look the infamous 'Owl Theory' used to defend Peterson in court - which explains how an owl could have attacked Kathleen outside the home, creating the deep lacerations to the back and top of her head and causing her to run inside and fall.

As wild as the theory sounds, drops of blood were found on the front steps and microscopic feathers were found on Kathleen's hands.

The new retelling of the explosive story promises to add some new elements that will surely pave the way for even more speculation.

The Staircase debuts Thursday 5 May on Sky TV and NOW.

popular
Bride asks for divorce day after wedding following groom's disrespectful cake stunt
Students given £500 after uni was unable to give them their degree certificates at graduation
Entrepreneur schoolboy has made £1,000 from selling sweets
Police believe they know what happened to missing dog walker Nicola Bulley
Parents believe CoComelon causes tantrums and speech delays in toddlers
Going on solo holidays is good for mothers, science says
Dad admits he hates his daughter's name so much it makes him uncomfortable
You may also like
9 months ago
WATCH: The trailer for The Time Traveller's Wife series is here
9 months ago
New documentary explores case of doctor who used own sperm to inseminate patients
9 months ago
Squid Game creator working on new project that will be "more violent"
9 months ago
3 things we learned from the Selling Sunset trailer
9 months ago
This year's Love Island is set to be the "longest" run yet as start date "confirmed"
10 months ago
Seen Tyler Henry's Life After Death yet? It's getting a mixed reaction
Next Page