The fan favourite is cobbles-bound once again, as he is set to run into Ken Barlow at the Still Waters retirement complex next week.

Ken and Claudia got a warm welcome from Charles Lake after moving into the complex - however, it doesn't take long for it to emerge that things may not be quite as they seem.

According to The Sun, Ken will be thrilled to find out that there's a Literary Society event set to happen that evening - and, after the event is put into jeopardy, he steps up to read one of his short stories.

Ken's delighted to find that Norris is living at Still Waters with Freda, but his old friend asks him for help escaping. 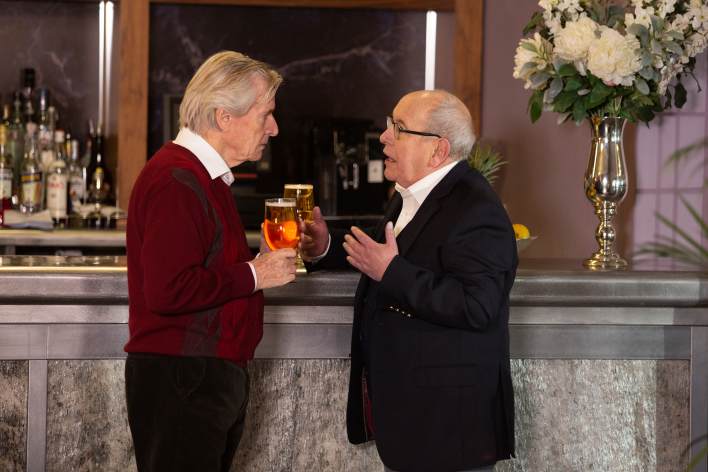 He tells Ken that there's something not quite right about the retirement complex - and that he would like his help to try and persuade Freda to leave.

Norris tells Ken that Charles is ripping off the residents in the home, but Freda isn't convinced. 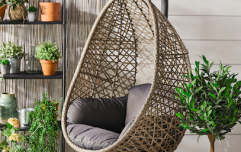 This amazing hanging egg chair is coming into Aldi next week and go, go go (but safely)!

END_OF_DOCUMENT_TOKEN_TO_BE_REPLACED

Last month, it was revealed that Ken Barlow is set to leave the cobbles.

In the 10,000th episode, the legendary character decided the time had come to leave Number 1 Coronation Street.

He bid farewell to his 'old friend' the cobbles just before the credits rolled, as he got ready to move away with his girlfriend Claudia Colby.

Ken - who appeared in the very first episode of Corrie - will move out of number one and away from the Street. However, he won't be leaving the show - instead, the show will follow Ken and Claudia's life at Still Waters.


popular
#MomLife: 7 things I wish I done more of when my children were babies
Staycation: 10 bargain buys to turn your back garden into a chic hotel patio
With more cases of COVID-19 in Ireland should communions and confirmations go ahead?
Gardaí appeals to parents not to leave children in their car while doing the shopping
The beautiful poem that sums up how all brand new mums are feeling right now
3 soothing homemade ice lollies for teething tots... whatever the weather
These 5 Foods Could Increase Your Chances of Having Twins
You may also like
2 months ago
Vogue Williams and Spencer Matthews' reality TV show has reportedly been cancelled
2 months ago
Season 16 of Grey's Anatomy begins in Ireland tomorrow night and the excitement is real
2 months ago
Ant and Dec are presenting tonight's Saturday Night Takeaway from their homes
2 months ago
Real life Corrie couple Sally Carman and Joe Duttine have gotten engaged
2 months ago
Graham Norton has revealed that he has finished his new novel Home Stretch
2 months ago
Dancing on Ice's Ashley Banjo and his wife Francesca have welcomed their second child
Next Page