Choking hazards aren't the only dangers magnets pose to children.

A two-year-old boy in the US has been in and out of hospital as a result of swallowing part of a toy composed of magnetic balls.

Konin Arrington, from Florida, swallowed part of the high-powered magnetic toy (which is marketed as a desk toy for adults) when one of his older siblings brought it home from school in April.

After discovering the toy, the parents threw it away in case of potential dangers – not knowing their youngest of five children had already swallowed part of it.

The toddler began suffering abdominal pain and his parents ended up bringing him to the emergency room. An X-ray revealed what looked like a chain as the 16 magnets had become linked together in his intestines. 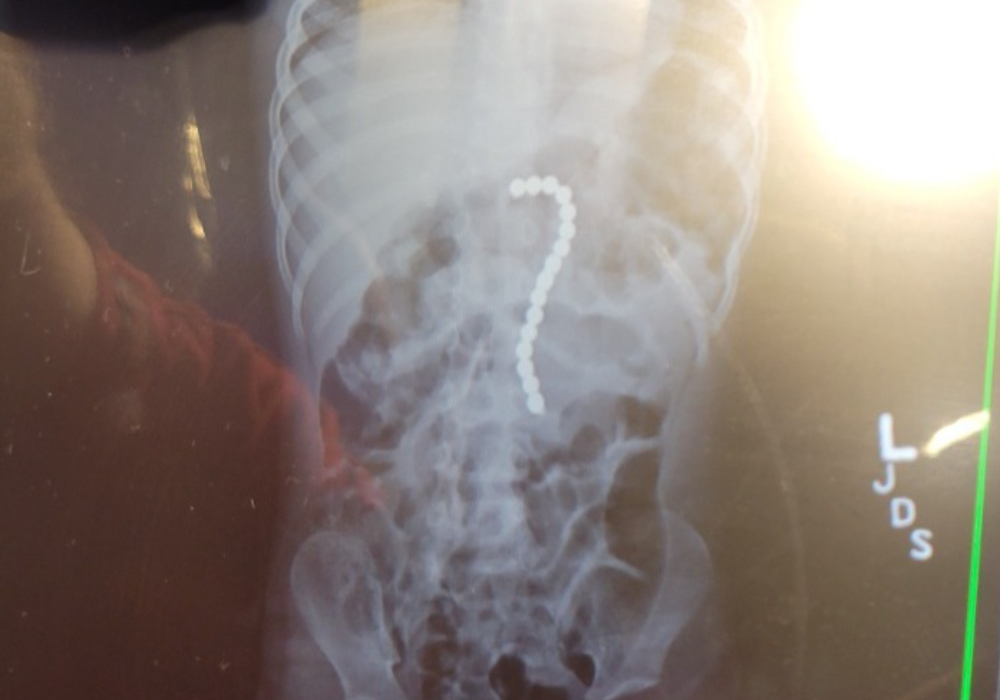 The magnets created holes all the way from his stomach to his colon. Konin's mother, Hannah Arrington, told CNN the boy had surgery in which nearly three feet of his small intestine was removed.

END_OF_DOCUMENT_TOKEN_TO_BE_REPLACED

After a week in hospital, Konin was discharged, but Hannah noticed he was losing weight. He was readmitted to hospital and diagnosed with short bowel syndrome, and still uses a feeding tube as a result.

Hannah says the family is still in and out of hospital as Konin needs to go back for regular checks on his weight, bridle tubes and bowels.

She wants more parents to be aware of the potential dangers magnets carry, which the US Consumer Product Safety Commission has regularly warned against.