"This is a sexual assault case."

A mother in the US was horrified to find bruising on her daughter's neck after school as the result of extreme bullying.

Brittany Herrera's 6-year-old daughter, Mia, has allegedly been bullied since the first day of school.

Officers investigating the bullying say they consider one of the incidents to be sexual assault.

The mum said her daughter reluctantly told her that she and two other girls were sent inside during a bathroom break.

"She told me, the girl got on top of me, and she started biting me," Herrera told Fox 26 Houston. "I think she says ‘biting’ because basically my kids don’t know what hickeys are, and they were clearly hickeys."

Mia was relentlessly bullied, her mum says, having previously come home "with a huge knot on her head" that she said came from another little girl pushing her against a wall. 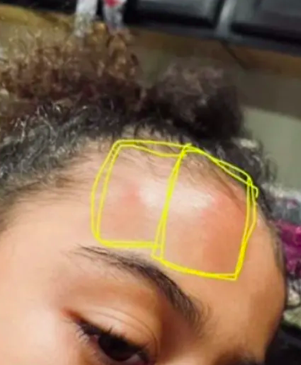 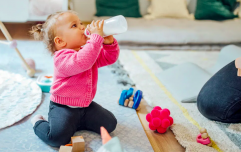 END_OF_DOCUMENT_TOKEN_TO_BE_REPLACED

The mum said she insisted to the school that she didn't want Mia near the two girls who were bullying her, but the school was slow to act. Herrera claims the principal had simply asked, "What do you want me to do for you guys to feel better about it?"

She filed a police report and asked the officer if this was a typical bully case.

"He said, ‘Absolutely not. This is a sexual assault case. Had that child been 10 years older, we would be at her house making some kind of arrest,'" Herrera said.

FOX 26 reports that officials said one of the bullied was transferred to another school and protocol was followed.


popular
Expert says Cocomelon acts "as a drug" to kids' brains
RTÉ's Eileen Whelan recalls "stressful" IVF journey
Toddler dies after falling from balcony in New York
Parents warn new children's app is "basically Tinder for kids"
Shows like Bluey and Peppa Pig are actually bad for kids, expert warns
26 Amazing Irish Glamping Sites for Your Family Staycation
4 ways to fix hard slime with ingredients you probably already have at home
You may also like
16 hours ago
Parents are having to dip into their children’s savings as cost of living crisis starts to bite
2 days ago
The bodies of three missing children and woman found in Minnesota lake
2 days ago
Supermarkets add security tags to baby formula as cost of living crisis deepens
3 days ago
Cost of living: Parents admit to going without meals to feed children
6 days ago
Free contraception to be rolled out for women aged 17-25
6 days ago
19-year-old in critical condition after severe car accident in Cork
Next Page