"We are continuously focused on delivering the very best value for our customers."

Circle K Ireland has "categorically" denied that a recent increase in its prices of diesel and petrol was related to the Government announcing decreases to excise duty on fuel.

On Wednesday, the Dáil voted in favour of a cut of 15c in excise for diesel, 20c for petrol and 2c for green diesel.

The changes took effect at midnight and will be in place until the end of August.

Also on Wednesday, however, the price of diesel and petrol at Circle K Ireland stations was reported to have risen, leading some to claim it was in response to the cuts made by Government.

"We categorically refute claims that price changes across petrol and diesel were implemented as a result of today's Government announcement regarding the reduction in excise duty," the chain said in a statement on Wednesday.

"Our pricing is set in line with local and international market movements and wholesale market costs,

"This was the case today and the same process is adhered to anytime there are price changes." 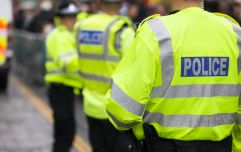 END_OF_DOCUMENT_TOKEN_TO_BE_REPLACED

Circle K Ireland described the current period as "unprecedented", stating that the invasion of Ukraine is leading to price pressures that are "a challenge for all fuel retailers".

"We are continuously focused on delivering the very best value for our customers, however, the current level of volatility within global markets driven by intense demand is posing a major challenge for everyone in the sector," it added.

Circle K Ireland also noted that if it sees a reduction in the cost of refined petrol and diesel products globally, it would pass these decreases onto its customers.

It also said it welcomed the announcement from Government regarding the reduction in excise, before adding:

"Wholesale market costs continue to fluctuate day on day and it is likely that despite certain amounts of Government support, we will continue to see pressure on prices in the coming weeks."

popular
Hilary Swank, 48, reveals she is pregnant with twins
Kelly Clarkson admitted she spanks her children if they misbehave
Expert says Cocomelon acts "as a drug" to kids' brains
Today FM's Paula MacSweeney welcomes baby boy
Shows like Bluey and Peppa Pig are actually bad for kids, expert warns
Study shows that having a daughter can change a man's brain in a special way
4 ways to fix hard slime with ingredients you probably already have at home
You may also like
6 hours ago
8-year-old Ukrainian girl 'out of danger' after stabbing in Co. Clare
8 hours ago
"Ireland belongs to the Irish": Woman confronts Princess Kate during Belfast visit
8 hours ago
Primark reintroduces female-only fitting rooms after incident at one store
11 hours ago
Blending is your friend: The five beauty rules I wish I had known as a teenager
12 hours ago
We get our love of baking and sport from our Grandparents according to survey
14 hours ago
Kelly Clarkson admitted she spanks her children if they misbehave
Next Page