In the 10,000th episode, the legendary character decided the time had come to leave Number 1 Coronation Street.

He bid farewell to his 'old friend' the cobbles just before the credits rolled, as he got ready to move away with his girlfriend Claudia Colby.

Ken - who appeared in the very first episode of Corrie - will move out of number one and away from the Street. However, he won't be leaving the show.

Future episodes will follow Ken and Claudia’s new life at Still Waters Luxury retirement complex, whilst back in Weatherfield Tracy and Peter Barlow will battle over who gets to move into the most famous house on the street. 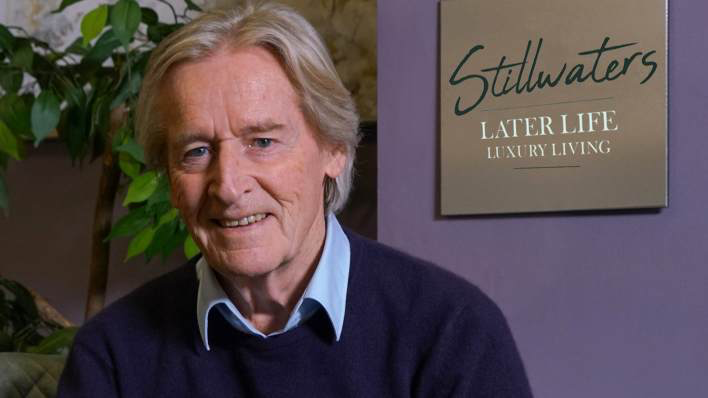 Monday night's episode will see Ken and Claudia break the news to the family about their decision to sell up and live a quieter life at Still Waters.

Tracy immediately has her eye on the prize, and despite Carla’s lack of enthusiasm Peter decides to fight his sister for the house - both of them wanting it at a knockdown price.

END_OF_DOCUMENT_TOKEN_TO_BE_REPLACED

As Ken worries about his warring family it confirms he is making the right decision to leave. Next month viewers will see him and Claudia move into the luxurious development complete with cocktail bar, book club and even fencing lessons.

But it looks like he'll be running into some familiar faces soon enough.

Ken is delighted to discover that his old friends Norris and Freda are already settled in to life at Still Waters.

And when he crosses swords with fellow resident Charles, played by Michael Elwyn, it looks as though there may be just as much drama as there was on the cobbles....


popular
Attention parents and kids! Here are 3 simple but scrumptious recipes to keep you busy all afternoon
David Beckham shared his dinner on social media and we really wish he hadn't
Mini Bella Boutique is running a huge online clearance sale as it sadly closes
Kim Kardashian says lockdown has made her realise she doesn't want more kids
How to potty train your toddler in three days, according to the experts
Do babies in Ireland still get the BCG vaccine to protect against tuberculosis?
Due in 2020? These baby girl names are sure to be popular in the coming months
You may also like
1 day ago
Corrie's Jack P. Shepherd shares throwback photos to celebrate 20 years on the soap
1 week ago
Real life Corrie couple Sally Carman and Joe Duttine have gotten engaged
4 weeks ago
Corrie's James Burrows has landed his first role after leaving the soap
4 weeks ago
'The hardest goodbye': Corrie's Lucy Fallon pays tribute to Bethany Platt as her final scenes air
1 month ago
Coronation Street's James Burrows shares details about Ali Neeson's exit storyline
1 month ago
Coronation Street's Samuel Robertson weighs in on Sarah and Adam's future
Next Page