"It would be a complete fantasy to think that would happen."

Simon Harris has said that life cannot go "back to normal" after Easter Sunday.

The Minster for Health said that although the current restrictions are in place until April 12, the government will need to reassess the situation in two weeks to see what progress has been made.

Taoiseach Leo Varadkar announced the new restrictive measures on Friday evening. The recommendations included not travelling for any non-essential reasons and exercising within a 2km radius of the home.

The previous restrictions on the closure of non-essential businesses and a ban of gatherings of more than four people remain in place.

Minister Harris told FM104 this morning that he doesn't know when the measures will be lifted entirely.

“Will the measure be extended beyond Easter Sunday? I’ve got to be truthful, I don’t know," he said.

"I think these measures are so restrictive and significant that you cannot leave them in place for a very long time.

“The judgment call our doctors had to make was: what is the right time to bring these measures in? What we’re planning to do is going intensively at this now for a couple of weeks so that when we get to Easter Sunday, we can see some progress.

"Everything can’t go back to normal [after Easter]. It would be a complete fantasy to think that would happen."

Speaking to @JimJimNugent and @NobbyFM104 this morning , Minister for Health @SimonHarrisTD is asking us to mind our mental health during all of this. pic.twitter.com/b1aWM2f5oF 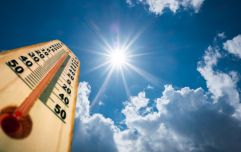 Temperatures to reach 27 degrees today, but the good weather won't last for long

END_OF_DOCUMENT_TOKEN_TO_BE_REPLACED

Minister Harris added that although he recognises that it is "tough" for parents with young families to stay indoors for the majority of the day, he is hopeful that the measures will help to flatten the curve.

“It is tough for families at home, kids are off school and climbing the walls," he said.

“These measures are tough, but we are doing them to save lives because we don’t want to go the way of Italy where almost 1,000 people died in one day.

"We wouldn’t be doing this if it wasn’t absolutely serious."

Harris said that despite the strict measures - and the severity of the coronavirus outbreak - he is thankful that the majority of people have stepped up to the plate and supported those more vulnerable to the virus.

He added that people should make a conscious effort to look after their mental health amid the shutdown.

“People are making a big effort and it has really shown the best of Ireland," he said. "We have seen so many people step forward and say I want to help.

"We have seen some annoying behaviour where Gardaí have been spat at on the street and this stupid thing called the coron achallenge where people go and cough in people’s faces.

“You will get idiots in every situation but the overwhelming majority of Irish people have been amazing.”


popular
#MomLife: 7 things I wish I done more of when my children were babies
Staycation: 10 bargain buys to turn your back garden into a chic hotel patio
Apparently, women feel 'phantom' baby kicks even years after pregnancy
Body found in search for missing five-year-old boy in Co. Mayo
Kate and William are pretty strict about school nights when it comes to George and Charlotte
#PleaseSpeakUp: Face masks proving challenging for people who are hard of hearing
Stacey Solomon has the most brilliant hack for avoiding messy mealtimes
You may also like
15 hours ago
Body found in search for missing five-year-old boy in Co. Mayo
1 day ago
Gardaí appeals to parents not to leave children in their car while doing the shopping
2 days ago
Majority of Irish parents admit they don't know how to keep their children safe online
4 days ago
Coronavirus: Mothers returning from work now qualify for wage subsidy scheme
5 days ago
Women and girls struggling with access to period products during #Covid-19, research shows
5 days ago
Bernardos Ireland calls on Leo Varadkar to consider the needs of children during phased reopening
Next Page