As things stand, there is no law against cyber-bullying.

In the last few weeks several Irish celebrities and influencers have spoken about abusive messages they have been receiving, some messages being particularly cruel and vicious.

One influencer and cancer survivor even had a bully go as far as to mail her baby clothes and then send her a message online to mock the fact that her cancer treatment means she can no longer get pregnant.

One thing that this influx of harassment has brought to light is that there is still no protection for children or adults being abused online, which is why now more than ever we need CoCo's Law.

Last year we spoke to mum Jackie Fox who tragically lost her daughter Nicole who took her own life after years of online abuse.

It was during her daughter's ordeal that Jackie found out that there are no laws or protection in place for those suffering online harassments and after losing her daughter Jackie has made it her mission to make cyber-bullying illegal.

"I had numerous meetings in the Dáil with various parties, protests, and a march through Dublin to highlight the importance of a badly needed law.

I finally found Brendan Howlin who drafted up a law called the harmful harassment communications related act also known as CoCo's law, this law is in the equality of justice committee at the moment which is stage 3.

Because we didn't have a government for the last few months and with everything that has happened with COVID-19 everything paused but I've never stopped fighting to get it pushed through." 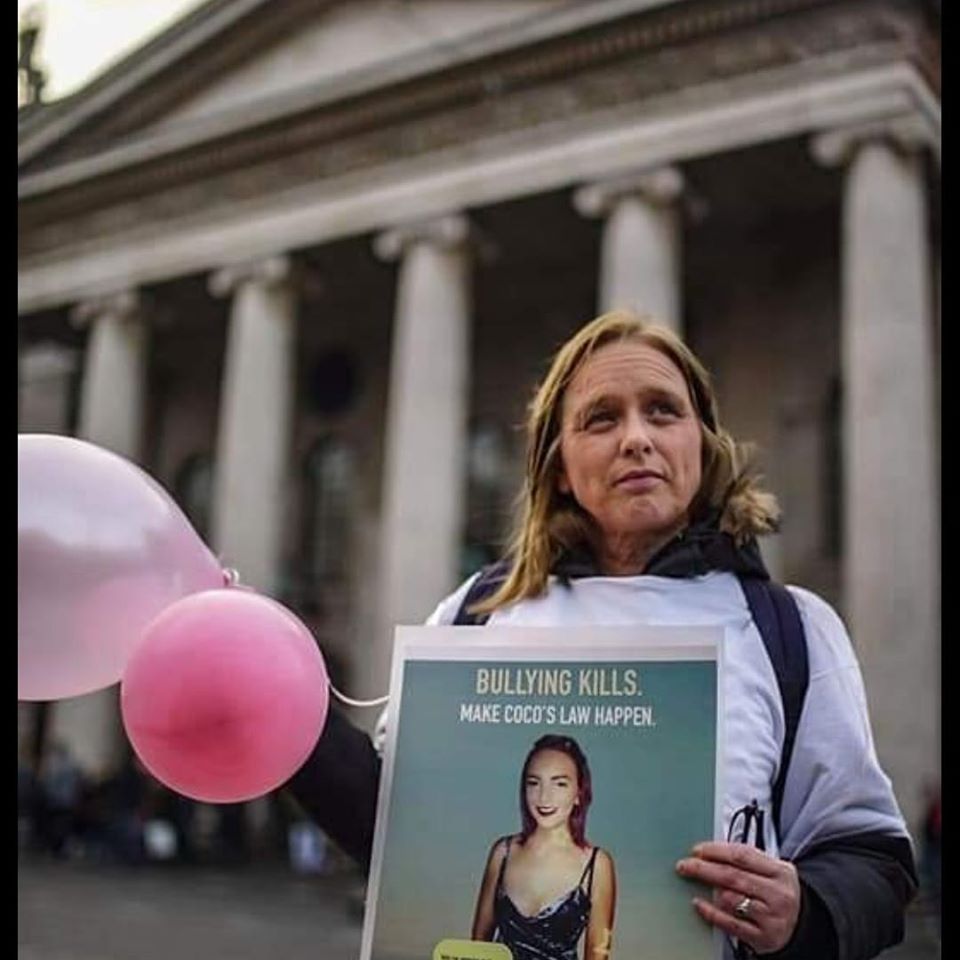 "We have a petition at the moment and we only need 20,000 signatures for it to be raised in the Dail again and we have that." 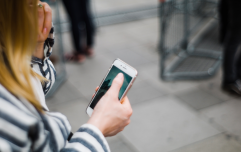 END_OF_DOCUMENT_TOKEN_TO_BE_REPLACED

There is currently over 32,000 names on the petition (which you can sign here) that Jackie hopes to present to Helen McEntee, the new Justice Minister, outside of Leinster House in the coming weeks.

Jackie said that since lockdown she has seen a significant rise in young people contacting her because they are receiving abusive messages.

"At the moment I'm heartbroken because I can't even tell them that something can be done. All that I can tell them is that it's coming soon, that CoCo's Law is coming soon and it will protect them."

If there is any silver lining to be had from the awful messages and online abuse over the last while, it's that now people are talking about it.

While once those being bullied suffered in silence, they are now speaking out and encouraging others to do the same.

"I've always had the press contact me to talk to me but now suddenly I have influencers and bloggers asking if they can talk about CoCo's story and it's brilliant.

I'd never seen CoCo's Law mentioned really on Instagram or the newer social media sites and now suddenly it's being shared everywhere, but particularly by young people and teenagers."

While Jackie feels that teenagers and children need more protection online, she fully intends for everyone, including adults to be protected by the new law.

"This isn't just for kids. Adults bully and get bullied too. The people who tormented my daughter were adults.

This law is for everyone whether they are in school or in work. Anyone can become a victim to online abuse and everyone should be protected."

You can find out more about CoCo's Law through the Let's Bring in CoCo's Law Facebook page.


popular
Expert says Cocomelon acts "as a drug" to kids' brains
"You're disgusting": Prince William roars at photographer who was 'stalking' his family
6 fun things to do in Dublin on your next family day out
Mum who helped deliver best friend's baby finds out her husband is the dad
"It's a competition" – one mum rants about teachers' presents and I agree
This is what new parents in Ireland think is the hardest part
The 'Ice Cream' is being called a 'must-try' sex position - but there's one flaw
You may also like
9 months ago
"She's beautiful, but she's very skinny": Are you a concern troll?
1 year ago
Tween and teen parents: 9 simple things you can do to keep your kids safe(er) online
1 year ago
Hillary Duff dyed her hair blue – and the internet immediately mom shames her
1 year ago
Stacey Solomon was trolled for her boys having three different dads – and here is her response
1 year ago
Almost one in three school-age children has suffered bullying in the last month
2 years ago
Majority of Irish parents admit they don't know how to keep their children safe online
Next Page