One hilarious dad who goes by the Reddit username, Intahnetmonster recently had the Internet in stitches relating his fainting episode at his wife's antenatal appointment.

"I have a huge irrational phobia of needles. Every time I have had to go for a blood test or a vaccination, I have passed out. I know my fear is irrational, but due to the passing out, the fear has just gotten worse over the years. I figured since it wouldn't be me who would be getting the blood test done, I should be fine as long as I don't look."

When the nurse ran into difficulties drawing blood from Intahnetmonster's wife, he began to feel that familiar faintness and asked to leave the room immediately.

"I got up, left the room, and next thing I know I'm waking up from an awesomely deep sleep on the floor with more doctors around me than I have seen in my life. It took a while to remember what happened; I just felt like I woke up from an amazingly deep sleep."

The squeamish dad then had his bloods taken to check his blood sugar levels which nearly caused him to pass out again. Then the final straw came when the poor dad noticed that at some point an IV had been inserted into his arm.

"I scratched, and felt something odd. I looked down to notice the guy earlier had put an IV in my arm. I'm not sure why because it was never used. Looked up at my wife, and said "there's something in my arm" and I couldn't stop the panic. She said my face went extremely pale. Next thing I know, I'm again waking up from an extremely deep sleep, thinking I'm still at home in bed, only to find I am surrounded by a crap load of doctors again. It took a few seconds to remember where I am again." 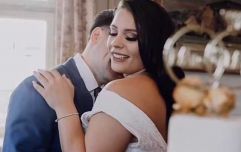 END_OF_DOCUMENT_TOKEN_TO_BE_REPLACED

"When they finally discharged me, the nurse, a very butch polish lady teased me about passing out, and said: "now it's time for me to wax you." Confused, I said "what?". She said: "You're a hairy guy. They used a lot of tape on your arm....". She was very rough. The hair on my arm hasn't still fully grown back."

Did your partner ever pull anything like this? Tell us in the comments...


popular
6 fun things to do in Dublin on your next family day out
Karen Harrington claims Santina Cawley trial was fixed
"No co-sleeping at all" – new safe sleeping guidelines for babies states
Expert says Cocomelon acts "as a drug" to kids' brains
4 ways to fix hard slime with ingredients you probably already have at home
Frankie Essex reveals the names of her twin babies
Mum's heartbreaking plea for baby with extremely rare condition
You may also like
2 weeks ago
Think you're having a bad day? : Mom accidentally names baby 'Lasagna'
4 weeks ago
Dad Pranks Wife With Photoshopped Pics As She Returns To Work After Maternity Leave
1 month ago
New mum says her child won't eat from a kids menu and parents have a LOT to say
3 months ago
10 Paddy's Day memories you'll have if you were an 80s child
6 months ago
The year my doll vomited all over the church during Christmas Day Mass
6 months ago
'Dashing through Tesco...' : Mum rewrites Jingle Bells and we can relate
Next Page