Nellie is almost two years old, she loves Peppa Pig and bathtime and is a very happy little girl.

But Nellie is also very, very sick - she was diagnosed with SMA type 1 when she was just seven months old.

Her dad, Stephen, told us that it came as a huge shock to him and his wife:

"We had a newborn and we experienced all those changes that come with such a big responsibility. But when Nellie was diagnosed, we were reeling with the shock of having such a difficult diagnoses. In fact, we are still coming to terms with all it means."

SMA is a very rare neuromuscular condition. It stands for Spinal Muscular Atrophy and is genetically inherited. It affects the ability to walk, arm, hand, head and neck movement as well as swallowing. Life expectancy for children like Nellie is around 2 years - Stephen says at this stage even a chest infection could kill her.

Despite her happy disposition, Nellie spends 20 hours a day on a Bipap ventilator and is fed through a tube. She requires 24-hour care and intensive physiotherapy for three hours every day.

But there is hope - And it rests in the hands of the HSE.

Trials have shows a life-saving drug called Nusinersen, has successfully stopped and even reversed some of the effects of this disease.

It is available to very sick children across Europe but it is currently not available in Ireland.

This week, the head of the HSE's Drug Purchasing Programme, Dr Michael Barry will meet with the pharmaceutical company, Biogen, to see if it is possible to roll out the medicine here.

However, Nellie's parents are urging the HSE not to delay negotiations as this decision is the difference between life and death for their little girl. 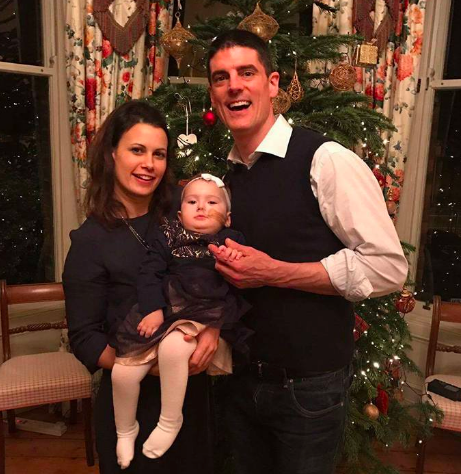 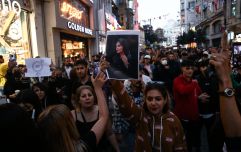 END_OF_DOCUMENT_TOKEN_TO_BE_REPLACED

Currently, there are two families in the country with a child with SMA1 - Nellie and Lara. There are 16 families with children who have SMA type 2.

Other countries across Europe have emergency access to this treatment. The Lannen family say they want to know why Irish children shouldn't have the same opportunity. Their campaign page on Facebook is filled with success stories from families who have been given the chance to take the drug.

Nellie's dad says that access to this drug will be a game changer for Nellie's future:

"If they approve it for a child like our Nellie who has already had some neuromuscular weakness take effect, it could mean that she might come off her Bipap, regain some of her lung function, she might get back her swallow, and could concievably survive this disease. The key thing for Nellie is to strengthen her breathing she won't live in constant fear of an infection as simple as a common cold that could end her life. She might also be strong enough for operations to give her a peg feed in her tummy rather than the hugely invasive and uncomfortable Naso Gastric tube she is currently fed through." 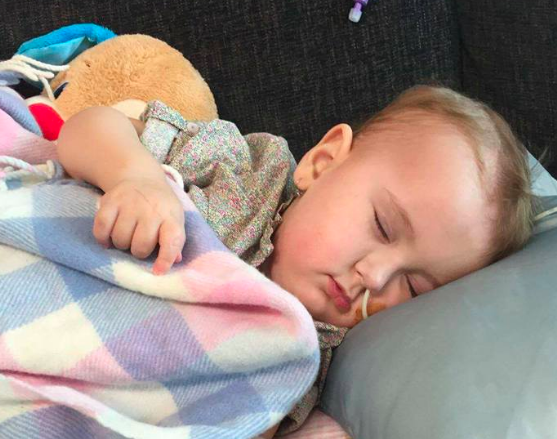 At the moment, they are simply getting through each day. Stephen also paid tribute to his wife:

"She does everything and never complains - I work, so trying to juggle that is obviously very hard. We both bath Nellie every evening together and she loves that. We also try to get out for a walk with her as much as possible. But the fact it, she is a very sick little girl and it is heartbreaking to watch - we appreciate any support we can get to try to save Nellie's life."

If the Government support access to this drug, a team is on standby at Temple Street Children's hospital to administer the drug as early as next week.

And there is no time to lose - Each day that passes means Nellie and Lara deteriorate that little bit further.

Would you like to help? The girls' families would love you to sign this petition to put pressure on the Government to help. Otherwise, share their story, or mail me Amanda.Cassidy@HerFamily.ie Find out more here - and let's raise awareness together before it is too late.