I found my friend's husband on a dating app- what should I do?

A mum is feeling conflicted after she found her friend's husband on a dating app.

She explained that she was on Bumble when his profile popped up. At first, she thought it was a fake account, but now believes he is cheating on her friend.

As shocked as she is, the mum said she isn't sure if she should tell her friend.

She explained on Mumsnet, "I saw my friend's husband on Bumble on Friday night."

"I made a video screenshot of the entire profile - verified and fully filled out."

"I was at their wedding four years ago, she was fairly smug with how well their relationship had gone. Engaged after a short period of time, and married after 1 year. They met the week after she had a 6-year relationship ending and they did seem literally perfect for each other."

The mum said she hasn't heard any gossip about the pair's relationship breaking down.

"Neither she or anyone else have intimated their relationship has broken down."

She hasn't told anyone about the dating profile yet, but she wants to.

However, the mum also feels like this isn't any of her business. 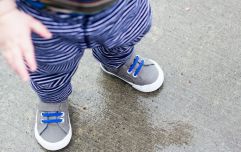 END_OF_DOCUMENT_TOKEN_TO_BE_REPLACED

Many users agreed that she should tell the woman about her husband's profile.

One explained she was in a similar situation a few years ago.

"Tell her. I told a friend, she thanked me, chose to stay with him anyway and I haven't heard from her since. But at least she knew and wasn't being made a fool of, and could make her own decisions."

"Tell her. I was told and in some ways, it was a relief, though terrible."

Another added, "If I was her, I would want to be told. Especially as they don’t have children. Tell her quickly before she gets pregnant by the cheater."

popular
Kourtney Kardashian gives huge update about stopping her IVF journey 10 months on
Couple, both 100, die holding hands just hours apart after being married for almost 80 years
The government has launched a new funding model for Irish childcare services
Expert says Cocomelon acts "as a drug" to kids' brains
Here's your chance to WIN a €500 toy voucher just in time for Christmas, with Petits Filous
Derry Girls star is the latest to head onto Dancing With The Stars
The release date for season 12 of Call The Midwife has been announced
You may also like
1 month ago
I kicked my daughter's friend out of her birthday party- was I wrong?
2 months ago
Dad slated for bringing his daughters into McDonald's women's toilets
2 months ago
Was I wrong to leave my daughter alone in the playground?
3 months ago
Neighbour threatens to report kids for making noise at 7 am
4 months ago
Our babysitter fell asleep when she was minding our child- was she in the wrong?
4 months ago
My mum died on my birthday and my dad won't let me celebrate it
Next Page