Spoiler alert: This article contains *massive* spoilers for the first two episodes of And Just Like That.

Like millions of women across the globe, I too had been counting down until the Sex and The City reboot And Just Like That hit our screens.

I couldn't wait to catch up with Carrie, Charlotte and Miranda again after all this time, and even though I knew Samantha Jones' absence would leave a giant void, I still couldn't contain my excitement to finally get to find out how my favourite ever TV characters had aged, how their lives looked now – as women in their 50s, and just finally get to find out how And Just Like That could pick up from where Sex and the City left off. 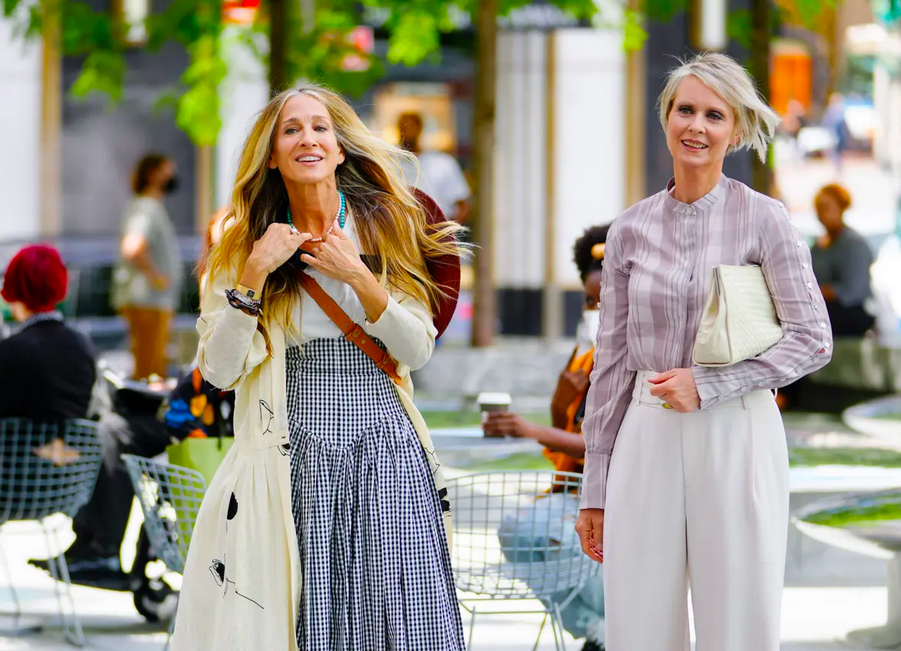 Having devoured every bit of news and every leaked image from the production of the show, I knew a few things already. Carrie is still all about fashion and killer heels. Miranda now has grey hair – and looks stunning with it. Stanford Blatch would appear – but as the actor playing him sadly passed away a couple of months ago, nobody knows how big or small his role will turn out to be.

I had also seen some leaked images showing Carrie apparently scattering someone's ashes, looking heartbroken – with rumours flying about 'a BIG death' – but nothing – NOTHING - could have prepared me for the actual heartbreak of Episode One – and Mr Big dying in Carrie's arms. 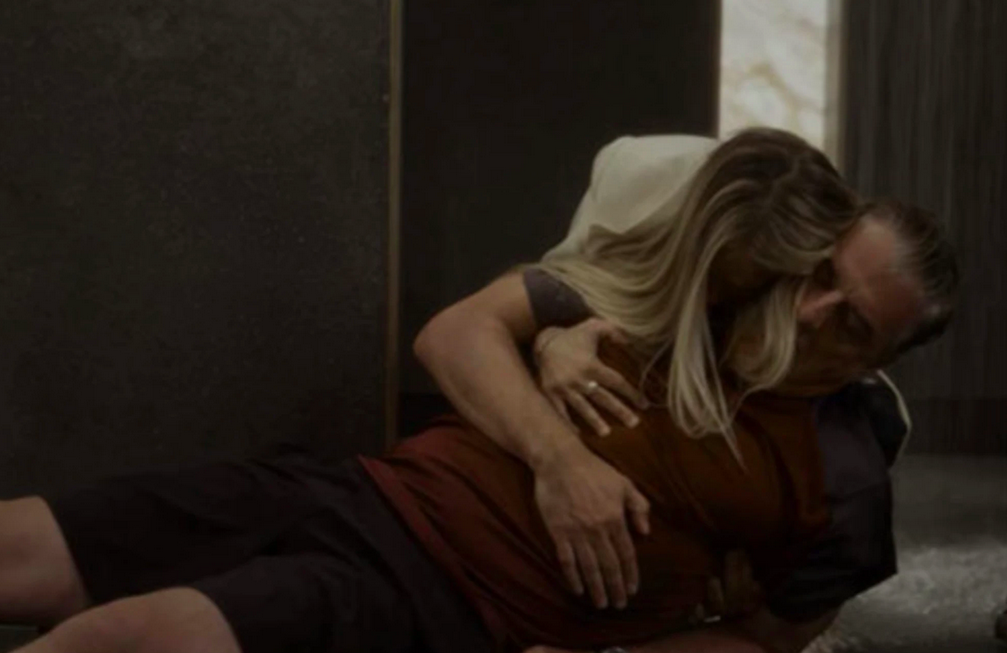 It's Jack and Rose all over again

The episode sees Mr Big exercising like a madman on his Peleton exercise bike while Carrie is out of the apartment, attending a piano recital by  Charlotte's daughter, Lily.

The song she is playing is rather ominous – and the scenes keep cutting between her playing the piano and Mr Big peddling harder and harder. He is sweating, he looks possessed. And then, tumbling off his bike, he clutches his left arm in pain. Uh-oh.

END_OF_DOCUMENT_TOKEN_TO_BE_REPLACED

He grabs his chest, falls into the shower, and I think we all felt the panic over what is about to happen next.

But – and here is where the internet is exploding with questions – she runs to him, but, even after realising he is still conscious, she never calls 911 for an ambulance...

Heartbreakingly, she's wearing the shoes she wore on her wedding day and we see them getting soaked while she tries to help him. It's all very chilling and devastating – and it's almost impossible to imagine how Carrie will ever recover from this – but, it seems, many have one, tiny, potentially insensitive question:

Why didn't Carrie call an ambulance? Why does she just sit with him and scream...?

This feels very Jack and Rose in Titanic – and that never-resolving questions of  'COULD they maybe both have fitted on that door...?'

In fact, as soon as the first episodes aired, Twitter positively lit up with SATC fans virtually screaming how Big could have been saved had Carrie thought to call 911 – and it seems, we cannot let this one go:

Carrie not calling an ambulance for Big is worse than Rose not letting Jack on the door in Titanic.

Big waited for Carrie to get home just for her to go into shock and not call 911#AndJustLikeThat pic.twitter.com/br6fHY3Fr6

And I couldn’t help but wonder… why Carrie didn’t call a damn ambulance #SATC #AndJustLikeThat pic.twitter.com/elOcxEKNWO

Others, it seems, were less keen to blame Carrie – who was clearly just too shocked to call an ambulance for her dying husband – but found it in them to semi-blamed Charlotte's daughter Lily for ruining Carrie's life – again:

It’s time we point out the real villain of Sex and the city. Every time she pops up, something bad happens. She a thief who also ruined charlottes vintage cream Valentino skirt and now ppl are dying. #lockherup #AndJustLikeThat pic.twitter.com/GZIOTt9MNn

What are YOUR thoughts on And Just Like That – and the Big Death?


popular
Tom Cruise slated for "inappropriate" behaviour around Kate Middleton
Warning issued to dog owners about the "big stretch"
Expert says Cocomelon acts "as a drug" to kids' brains
Musings: 1 in 7 couples prefer sleeping in separate beds and I agree with them
4 ways to fix hard slime with ingredients you probably already have at home
What exactly is monkeypox and is it dangerous?
Mum reveals why you should never let your child sit on your lap on a slide

You may also like
1 day ago
Viewers believe Bluey is a rainbow baby- check out the theory
2 weeks ago
Derry Girls creator reveals hilarious storyline that never made it into season 3
3 weeks ago
Parents furious over calls to Americanise TV show Bluey
4 weeks ago
WATCH: The trailer for The Time Traveller's Wife series is here
1 month ago
Squid Game creator working on new project that will be "more violent"
1 month ago
Everything we know about a possible Derry Girls movie
Next Page