The family of Zac Higgins have set up a GoFundMe to help cover Zac's medical costs.

The toddler was seriously injured when he was struck by a car in Cork on March 25 which later drove away from the scene.

Zac had to be put into a medically induced coma and be transferred from Cork to Dublin for treatment. The toddler's progress now has to be constantly monitored. 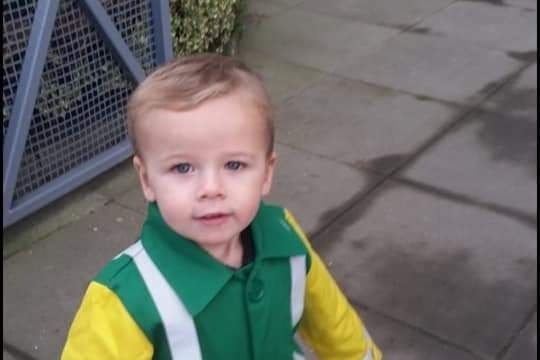 The Higgins family are now asking for the public's support to help them cover their extensive costs.

Zac's family wrote on his GoFundMe;

"Zac was playing football in his front garden and the ball went out onto the road outside his house which is a Cul De Sac. Zac followed the ball like any toddler would do but was struck by a car and has since suffered severe injuries. The car failed to stop. To the shock of family and neighbours and the community Zac was treated by emergency services and rushed to the Hospital in Cork City. Later on that evening Zac was put into an induced coma and transferred up to the Temple Street Children's Hospital and rushed to intensive care. Zacs progress has been constantly monitored and his treatment is currently on going."

If you would like to help support Zac and his family you can by clicking here.


popular
Brides-to-be! The €50 Zara dress that's perfect for day two of a summer wedding
I'll be tired in the morning, but as a mum I stay up late to get some time to myself
Lost Girls is the Netflix drama we're all going to be hooked on next month
The floral River Island dress that will instantly update your wardrobe for spring
Holly Willoughby just wore the cutest €40 dress from Marks and Spencer
Parents build two tiny homes on their property for their teenagers to live in
Positive parenting: Kirsten Bell's advice for handling tantrums makes a lot of sense
You may also like
1 day ago
Louise Redknapp shares an emotional tribute to her dear friend Caroline Flack
1 day ago
'This is not the end': Kellan Lutz's wife Brittany opens up about heartbreaking miscarriage
1 day ago
Emmerdale's Vanessa Woodfield diagnosed with bowel cancer
2 days ago
'We're all human' Stylist Fiona Fagan hopes for change after passing of close friend, Caroline Flack
2 days ago
Holly Willoughby and Philip Schofield gave emotional tribute to Caroline Flack on TV last night
4 days ago
Opinion: Did we all play a role in Caroline Flack's death?
Next Page