Yesterday I got to visit the most festive house in Dublin.

I know what you're thinking. Between all the discount stores, Black Friday sales and online shopping don't most people have lots of decorations.

It's true, even I went all out with projectors and inflatable pumpkins Halloween just gone but it wasn't a patch on Josie and her amazing house come Christmas time.

In fact Josie's Christmas Lights have become so famous that people travel from all across Dublin on an annual pilgrimage to her home in Crumlin every year. The neighbouring children even drop off their Santa lists to her.

So who is the woman behind the special displays and why has she captured the hearts and imaginations of children and adults across Dublin. 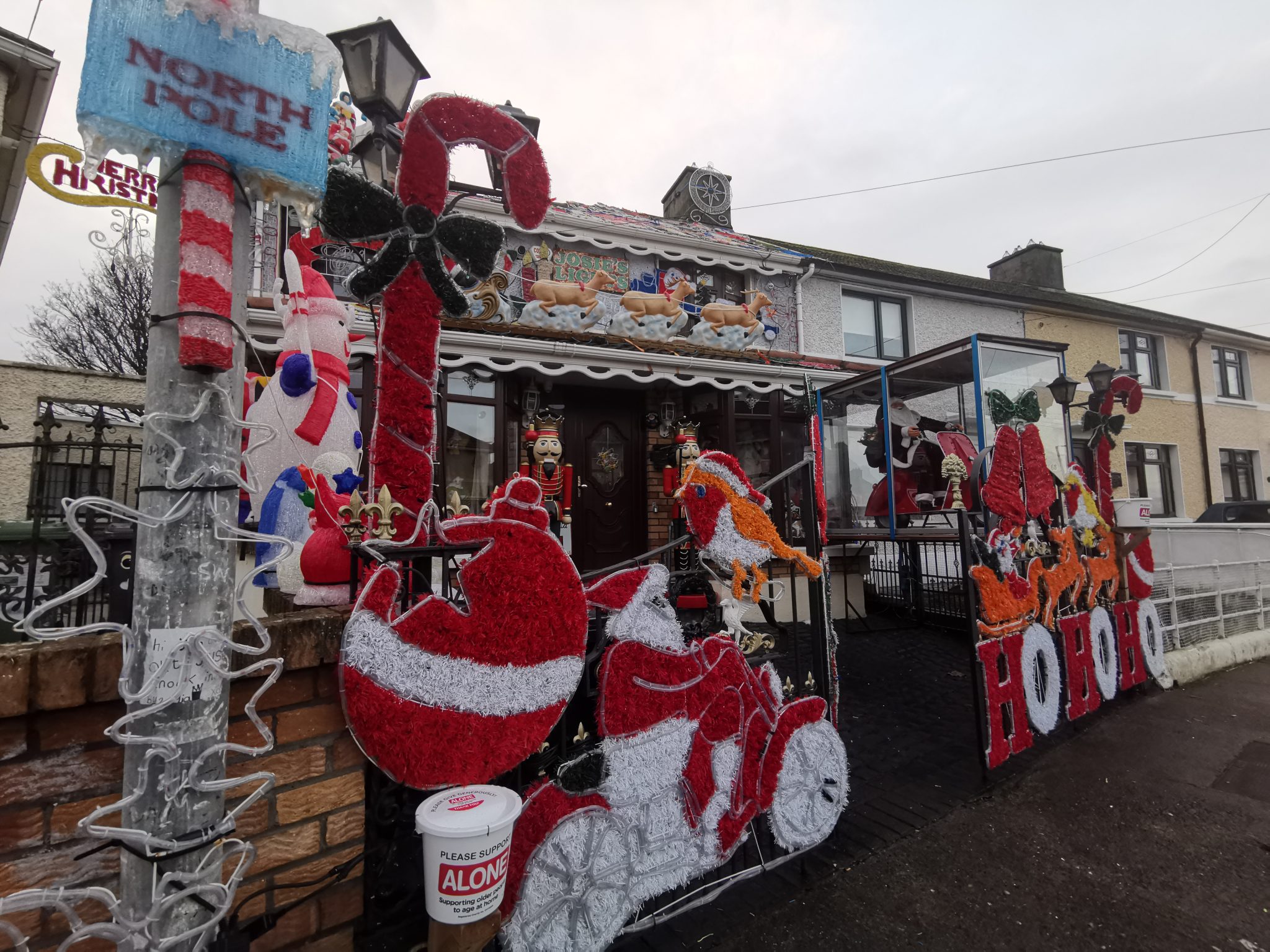 Yes that is a life size Santa on a Vespa in a giant glass case.

I told you Josie doesn't mess around when it comes to having the best decorations on the block and it all began six years ago for a very special cause.

"My neighbour and friend Ciaran Byrne, who sadly passed away this year was raising money for his grandson Cian who was very sick at the time. I had been doing the lights for years but that was the first year that we did it for charity.

We decided to help and do a display to raise money for Cian and our Patrick put on a Santa suit and walked up and down with a bucket. In the end we took in over €1,000 for Cian and we couldn't believe it."

Since their charity lights display began six years ago Josie and her family have raised thousands more for charities big and small including Shannon's Hopeline and Make A Wish. This year's charity is particularly special to Josie and her daughter-in-law Kim's heart. 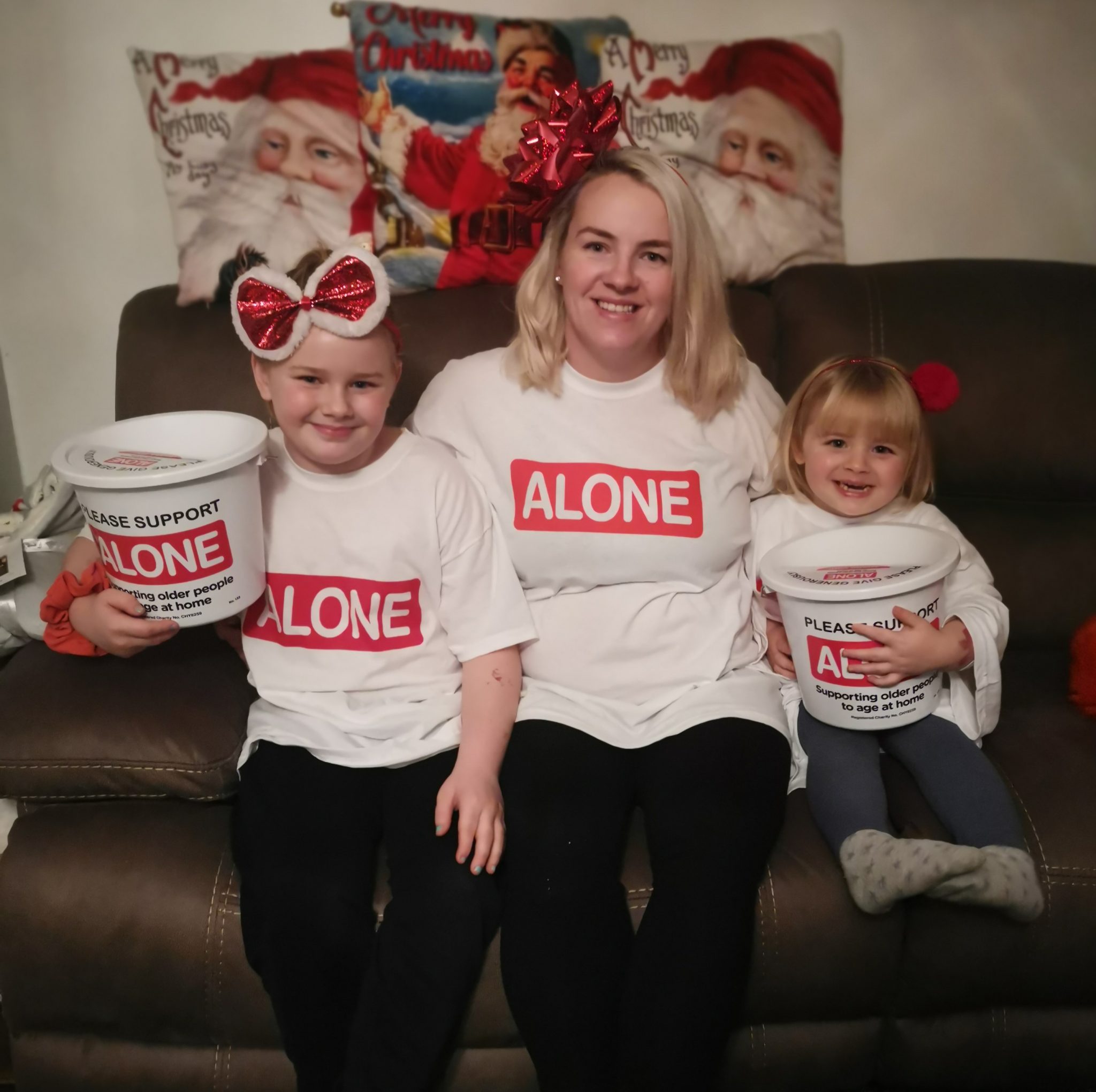 "Our charity this year is Alone. It's the first time we've ever done a charity for older people but it's a cause very close to our hearts. I used to be care worker and it's really important to us to support a charity that helps older people live happy and fulfilling lives."

"We always get asked how long it takes to put all of the decorations up and the answer is three full weekends. We have a huge shed out the back, it's 17x19 feet because we have so many decorations.

A lot of work goes into it but it's worth it to see how happy it makes all the children who come to visit. They think Mr Claus and Mrs Claus lives here." 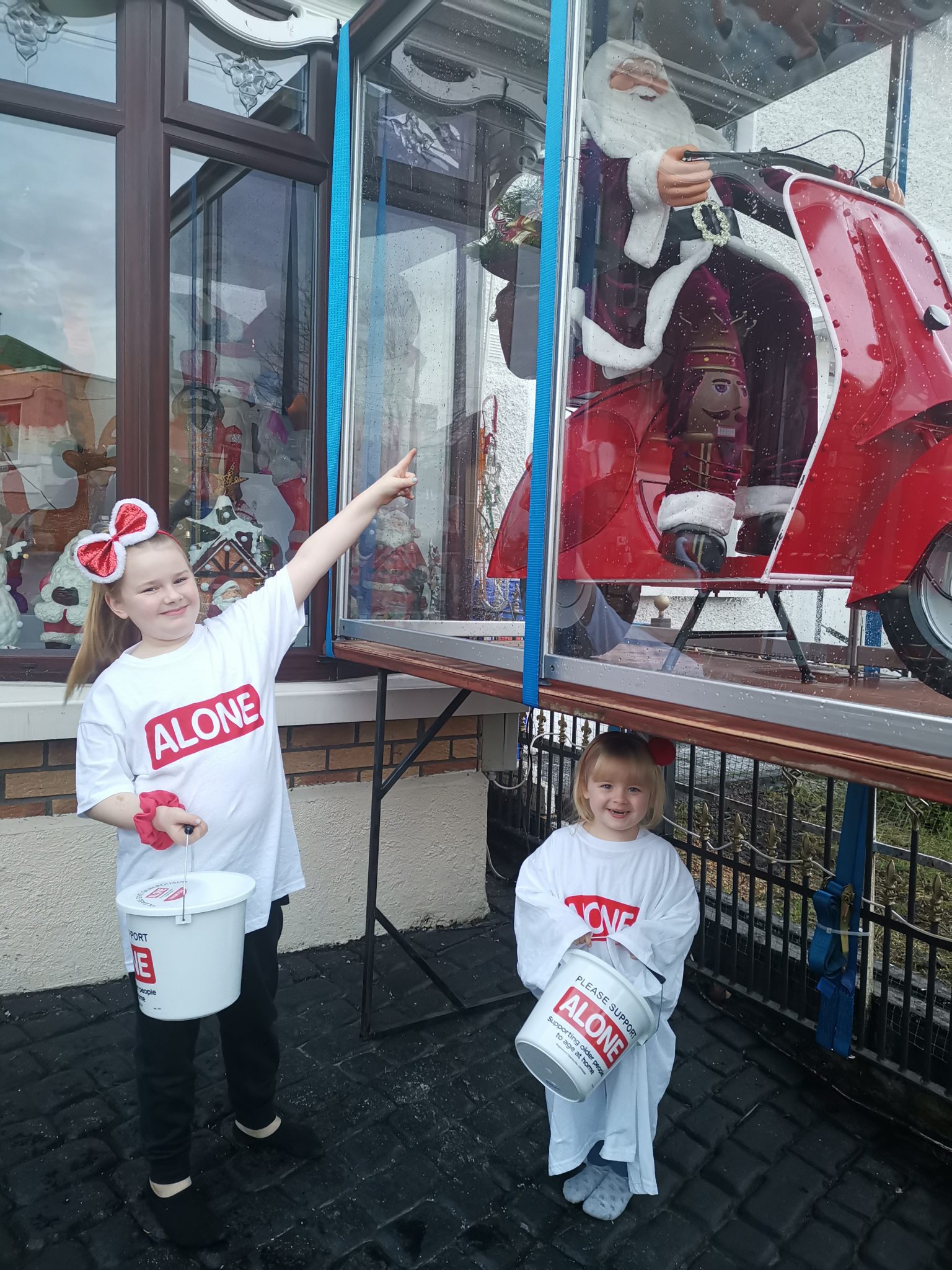 Josie's charitable lights has not gone unnoticed by the rest of the country either as the family have won several awards and were even featured in a Denny's Christmas advert in 2016.

This Sunday those in the local community and from further afield will make the journey to the family home on Rathdrum Road Crumlin for what has become one of their most beloved Christmas traditions.

"We're turning on the lights this Sunday December 1 at 6pm and we'll be out with the buckets gathering donations for Alone.

Coming nearer to Christmas from December 16 Santy will be out to meet all the children coming to see the lights and supporting our special cause.

If you would like to see Josie's incredible lights while also helping a fantastic charity you can visit the Christmas display at 72 Rathdrum Road from Sunday evening all the way up to Christmas Eve.


popular
Warning to parents about unknown hepatitis strain as death toll rises
"The worst thing was finding her": Family of Santina Cawley pay tribute to toddler
We named our daughter after her grandmother but fear she will be bullied over unique name
Hundreds of childcare providers to close their doors next year
Should I let my 2-year-old daughter wear a bikini or is she too young?
Downton Abbey's Allen Leech reveals second child's gender in the cutest way
"Where are your kids?" Kourtney Kardashian hit with backlash over her wedding
You may also like
4 months ago
According to tradition, your Christmas tree should stay put until after THIS date
4 months ago
Cheers! 3 delicious ways to pimp your Prosecco for New Year's Eve
4 months ago
Mum seeks advice after her son catches her with his gifts from Santa
4 months ago
3 candle hacks to ensure a gorgeous scent in your home for Christmas
4 months ago
How to make the perfect leftover turkey sandwich, according to science
4 months ago
Here are all the big movies on TV on Christmas Day
Next Page