A father saved his son's life after their apartment block caught on fire in America.

The dad bravely threw his three-year-old son from the second-story window of their home as flames engulfed it.

According to reports, the dad then jumped out of the window after his boy.

New Jersey Police confirmed the family's apartment building went up in flames. They captured the moment the brave dad saved his son's life.

Body-cam footage sees firefighters calling up to the dad. They urge him to drop his son from the window so they can flee the burning building.

They can be heard telling the dad to "pass the baby" as the fire blazes on.

The firefighters catch both the young boy and the dad in the moving clip.

South Brunswick Police Department shared the video on their Instagram.

END_OF_DOCUMENT_TOKEN_TO_BE_REPLACED

The rescuers captioned the video: "Police and firefighters catch a child and Dad from second-floor window as apartment building burns.

People have praised both the emergency services and the brave father.

"Serious heroes! Proud to have them protecting our township," one local wrote.

Another added, "Kudos on the baby save." 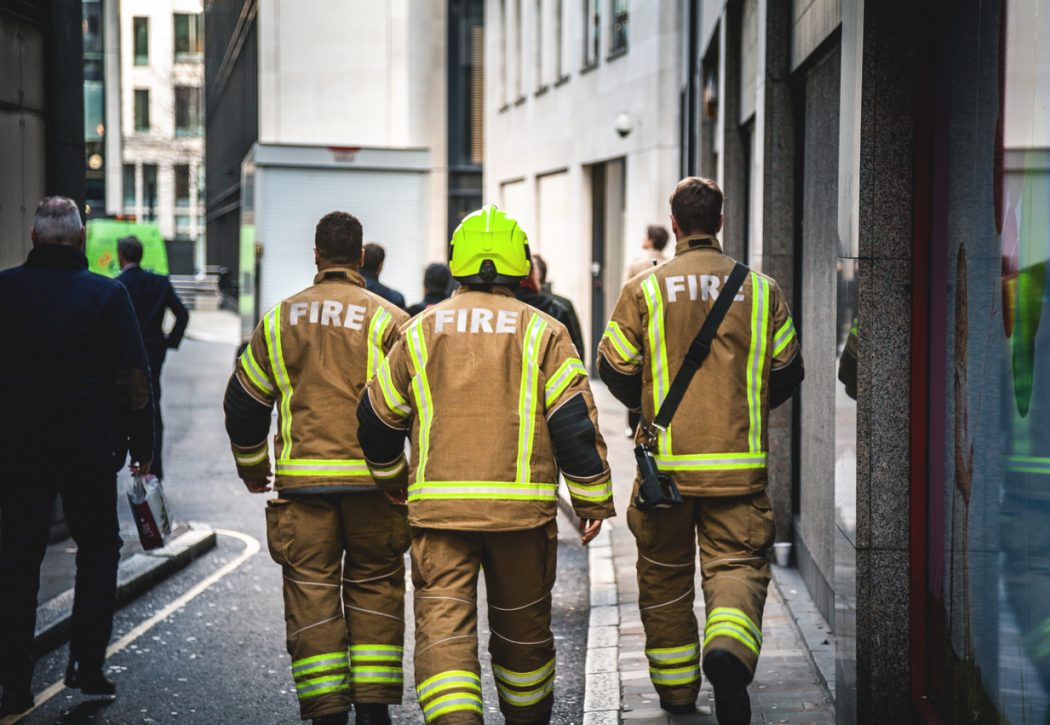 "Incredibly proud of this crew and the heroic actions! When everyone else is running out of the building, they are running towards it…true heroes."

It is believed both the father and his child suffered minor injuries.

Fire Chief Scott Smith told Fox News, "All of the occupants were able to escape the fire."

"If this fire was earlier in the morning when people may have still been asleep, the outcome could have easily been tragic."

20 people including 9 children lost their homes in the fire.