"Today is one of the saddest occasions our club has ever known."

Former GAA player Kieran O'Connor has passed away following a battle with cancer.

The Cork 2010 All-Ireland winner and father-of-three was diagnosed with a type of bone cancer, Ewing's sarcoma, in 2017.

O'Connor was first diagnosed with the tumour weeks before the birth of his third child. He began his third fight against the disease in 2019.

O'Connor passed away this week, aged 41. He is survived by his wife Sinéad and three children.

"Today is one of the saddest occasions our club has ever known," reads a statement from O'Connor's own Aghada GAA club.

"There are no words that will capture just what Kieran O'Connor meant to Aghada GAA.

"We are truly proud of him and his achievements in the Aghada and Cork jerseys. We are honoured to be able to call him an Aghada man." 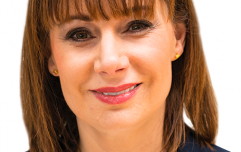 END_OF_DOCUMENT_TOKEN_TO_BE_REPLACED

Cork County Chairperson Tracey Kennedy added: “It was with great sadness that we learned of Kieran’s death today.

"He was a tower of strength on the field of play, and showed that same strength of character and courage in dealing with his illness over the past few years.

"He will be an unimaginable loss to his family, and on behalf of all in Cork GAA, I would like to extend our deepest sympathies to Kieran’s wife Sinéad, their three children, Isabelle, Ava and James, and also to his parents Pat and Mary, sister Aisling and brothers Patrick and John Paul."

They have asked supporters "to pray with us today between 3-4 for Kieran and for his complete healing. Light a candle and say a prayer."

Image via Friends of Kieran.


popular
Josepha Madigan compares issues around schools reopening to Mother and Baby Homes
Kelly Clarkson says "people were really mean" to her after she won American Idol
Positive parenting: 11 little things that mean the world to kids
Sligo teacher creates animated video series for Junior Cert revision
RTÉ are introducing new educational programmes aimed at those sitting their Junior- and Leaving Certs
These 5 Foods Could Increase Your Chances of Having Twins
Irish people urged to send a hug to loved ones on National Hugging Day in aid of Ronald McDonald House
You may also like
1 day ago
New weather warning issued as Storm Christophe passes over Ireland
1 day ago
INTO asks government to reconsider limited reopening of schools due to "grave safety concerns"
2 days ago
Wicklow woman walks one million steps for intellectual disabilities charity
2 days ago
Child hospitalised with head-lice as neglect goes unnoticed in lockdown, says report
2 days ago
Apology issued after family members of Coombe staff given vaccine
2 days ago
NPHET to advise the Government that all schoolchildren return to school the end of February
Next Page