Mother's Day can be hard for those who no longer have their mums around.

This is the case for so many – among them Prince William, who, of course, lost his mum, Diana, the Princess of Wales, when he was only a teenager.

But gone does not mean forgotten – and earlier today, the Duke and Duchess of Cambridge took to Instagram to show off homemade cards Prince George, Princess Charlotte and Prince Louis have addressed to their 'Granny Diana' to mark Mother's Day

The cards were shared by the Kensington Palace official Instagram account, with a moving message encouraging those struggling with bereavement.

As we are all facing into our second Mother's Day spent in lockdown, William and Kate note how this Mother's Day too is different, and reveal how their children write letters to their paternal grandmother every year on Mother's Day. 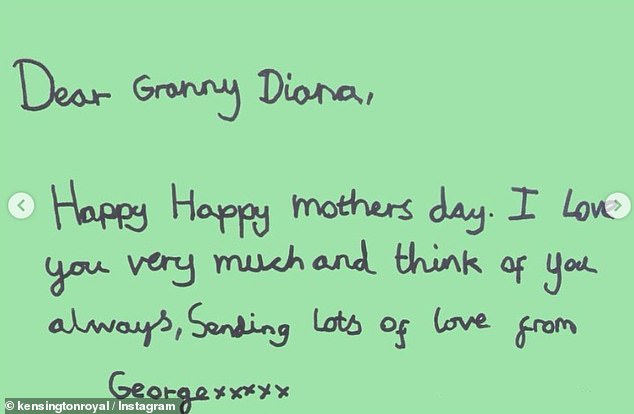 The cards made by the Cambridge children were adorned with flowers, hearts and rabbits - with Princess Charlotte writing: 'Papa is missing you.' 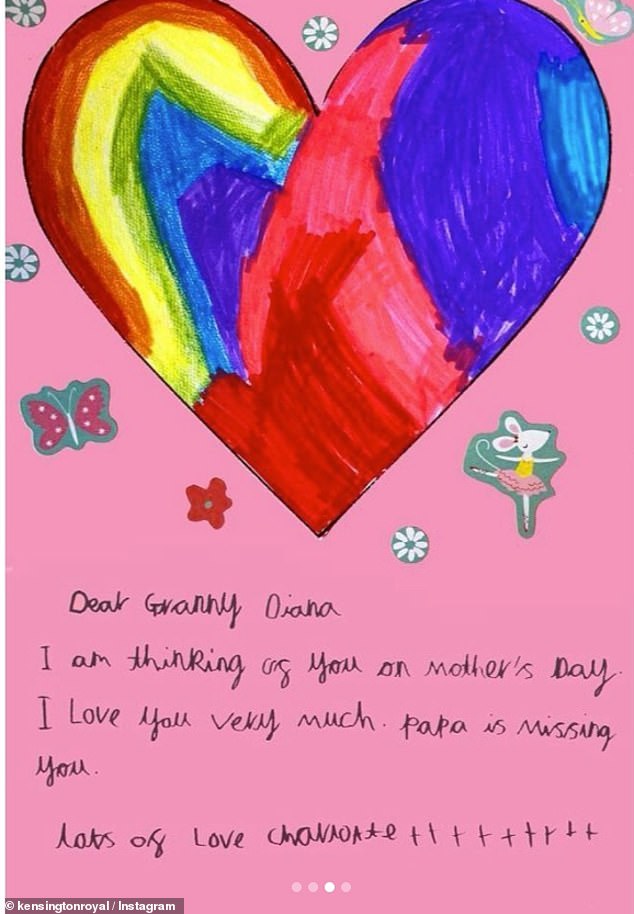 Prince George, seven, and Princess Charlotte, five, wrote the letter themselves, while Prince Louis, who will be turning three in April, signed his name and revealed a gorgeous painted heart design. 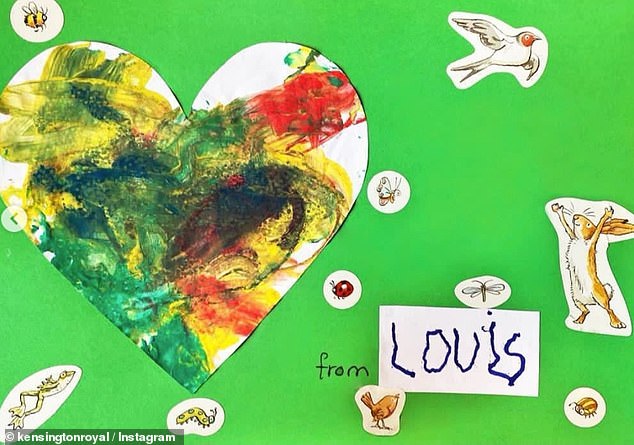 The Cambridges also shared a second Instagram post in honour of Mothering Sunday, where they showed off a very colourful cake made by George, Charlotte and Louis, no doubt made for their own mum.

The second image of the post shows off a lovely throwback photo of Carole Middleton with a young Kate. 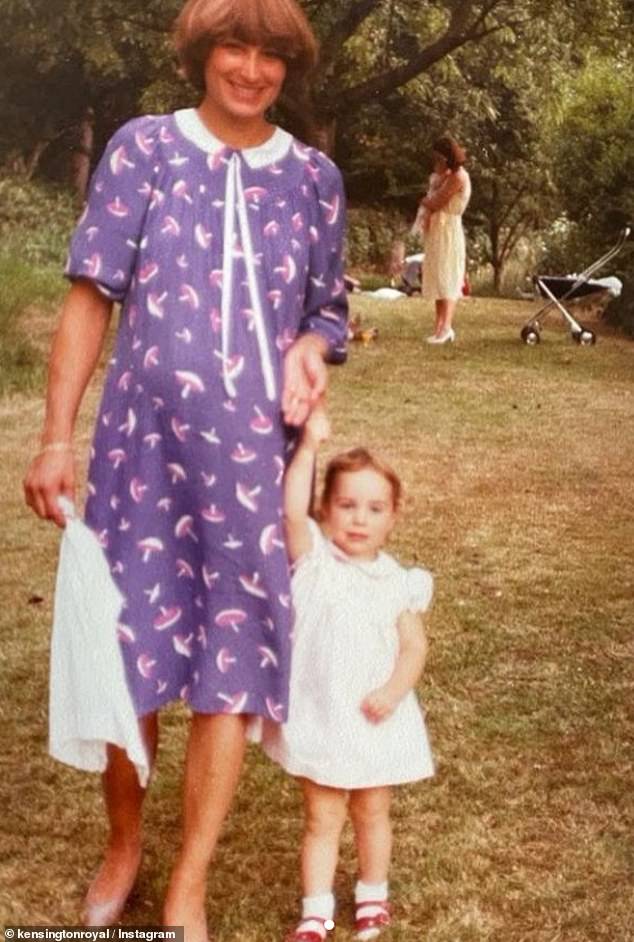