One Houston mum has experienced a parent's worst nightmare when she discovered that strangers were watching her children in their bedroom over the internet.

The safety-conscious mum had installed a security camera in the bedroom of her 8-year-old twin daughters. However, she later discovered (thanks to the quick-thinking of another concerned mother) that the footage from the camera had been hacked and was being streamed online.

“People (were) watching my kids in their home, dressing, sleeping, playing,” the distressed mum told a local news station KTRK.

“I have cameras to protect my kids and I kind of feel like we failed them."

“We didn’t protect them. We actually put them in harm’s way.”

Jennifer, whose last name is being withheld to protect the family's privacy revealed that she only learned of the dire situation through a Facebook post written by a concerned mother, Shelby Ivie who lives over 2000 miles away in Oregan.

According to ABC News, Ivie posted to a Houston mother's Facebook group, trying to locate the family after she spotted the video footage on an app called Webcams Viewer.

The app seemingly enables users to watch more than 11,000 cameras worldwide. The app's description on iTunes is somewhat sinister:

“Watch almost every place on Earth," it proclaims. 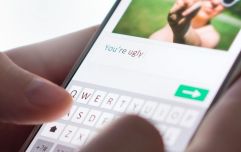 END_OF_DOCUMENT_TOKEN_TO_BE_REPLACED

“Enjoy viewing and remotely physically controlling thousands of live real time video streaming CCTV surveillance and security IP cams and webcams all over the world right from your iPhone and iPad."

A security company contacted by Jennifer believed that the hack originated from a game one of the girls had been playing.

Jennifer has taken serious measures to up her family's online security, sadly for Jennifer's family, her story serves as a reminder to us all of the importance of safety online.

For every parent, the task of protecting our children online is a challenge that grows in complexity every day as our children's age and computer-use increases.

Check out our 8 Tips For Keeping Children Safe Online:


popular
"You're disgusting": Prince William roars at photographer who was 'stalking' his family
I tried 'slow parenting' for a year and I'm never going back
6 fun things to do in Dublin on your next family day out
Friends co-creator says she's now "embarrassed" by the series' lack of diversity
Mum asks what baby name combos to avoid and the results are hilarious
Michael Owen hilariously responds to Love Island's heart rate challenge
Planning a family trip to Kerry? Discover everything Muckross House has to offer this summer
You may also like
2 months ago
Peter Andre says he's "terrified" of his kids being groomed online
3 months ago
Don't put it off: 10 important conversations to have have with your kids now
4 months ago
Parents warned to be aware that Roblox could expose children to sex and nudity
7 months ago
Musings: I was groomed by an adult when I was a teen and victim blamed for it
7 months ago
An Garda Síochána and Europol warn families against online scams
1 year ago
Childline has launched a new tool for under-18s to report nude photos of themselves online
Next Page