Why you must check your children's Halloween costumes for this tag

Look out for it.

Following a number of accidents involving children's Halloween costumes catching fire, a lot of retailers have changed their approach to making the garments.

Under European Law, dress-up clothing was always categorized as a 'toy', so it went through the same fire safety tests as any toy would. Except, they really should have been classified as nightwear and tested in a different way.

New standards have now been enforced to ensure that Halloween costumes go through a more stringent flammability test which has a requirement of a maximum burn rate of 10mm a minute, compared to 30mm a minute previously.

While most costumes will contain a fire safety message, parents are urged to look out for one important line on them, "This garment has undergone additional safety testing for flammability." 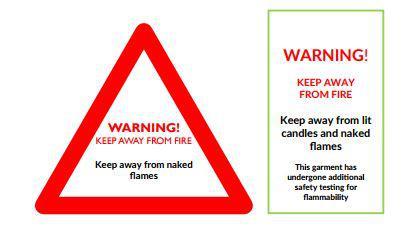 This proves that the manufacturer has adhered to the new guidelines and has deemed the costume to have a lower burn rate. 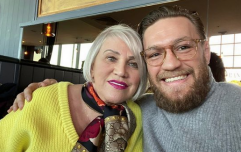 END_OF_DOCUMENT_TOKEN_TO_BE_REPLACED

The need for change was highlighted when presenter Claudia Winkleman's daughter had an accident involving a candle. Her daughter's costume went on fire in 2014, leaving her with life-changing injuries.

She spent weeks in the hospital and had to have several operations.

Maurice Buckley of the NSAI has said previously that the CE mark on costumes shows that the manufacturer has complied with safety regulations:

"The label doesn’t mean that these items won’t catch fire, but it does indicate that they will resist burning and they should extinguish quickly once you get them away from the fire source.

At this time of year I would ask parents to look out for these marks, particularly since the standards are there for your safety and your children’s.

popular
Dunnes Stores launches stunning collection of Communion dresses
Siblings kidnapped in March 2022 have been found alive
Emma Pattison: Tributes paid following death of head teacher and her family
Time to book those holidays! Here's every Bank Holiday in Ireland in 2023
Head of dive squad searching for Nicola Bulley thinks 'something's not right'
Stacey Solomon hints at baby girl's name as due date nears
Richie Sadlier and wife praise hospital staff after finally becoming parents
You may also like
3 months ago
DSPCA reveals how to keep your pets safe on Halloween
3 months ago
10 last-minute Halloween costumes for kids
3 months ago
Public urged to report bonfires stockpiles ahead of Halloween
3 months ago
Warning to public after bonfire stockpile is set on fire in Dublin
3 months ago
12 spooky baby names that will get you in the mood... for Halloween
3 months ago
Planning a pumpkin patch trip? One is opening in Liffey Valley
Next Page