"They’re such a private couple and have never done anything by the books."

The arrival of the most anticipated baby in the world may have already happened - and we're none the wiser.

That's what some royal watchers reckon at least as they await news of Meghan Markle and Prince Harry's first child.

We know that the duchess is due later this month or early in May but there's a theory that she's actually already secretly given birth.

It began last week with the announcement that Meghan and Harry will be keeping the birth private.

In a statement, the palace confirmed that Meghan wouldn't appear in a public photocall hours after baby's arrival, unlike Kate Middleton.

"The Duke and Duchess look forward to sharing the exciting news with everyone once they have had an opportunity to celebrate privately as a new family."

This means likely that we won't know about it until after it happens.

Add to that the fact that Meghan hasn't been seen in public for almost a month and royal fans are super suspicious. 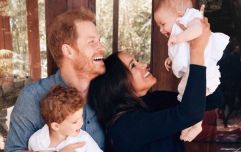 END_OF_DOCUMENT_TOKEN_TO_BE_REPLACED

A source told Australian publication New Idea earlier this month that even those close to the royal family think Baby Sussex might already be here.

"There’s all sorts of talk in royal circles that Meghan and Harry have already had the baby,” the source told the magazine. 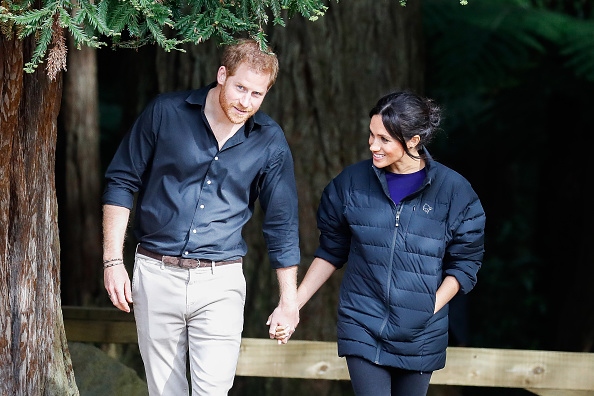 “No one would be surprised if they had — after all, they’re such a private couple and have never done anything by the books.

"They could’ve had the baby and tucked themselves away in private, away from the spotlight — that wouldn’t surprise anyone.”

It is plausible but surely a secret like that would be impossible to keep from leaking?

Lads, we don't know what to think.

popular
Irish dad shares warning after his 12-week-old baby was hospitalised with RSV
9-year-old boy will "never be the same again" after Wexford dog attack
7 Christmas markets and Santa experiences to visit with kids this winter
There's a FREE Santa experience happening in Dublin
Olivia Wilde wanted to work through issues with Harry Styles
"I want to spend all my time with them": Vogue Williams on suffering from mum guilt
"Enhanced x-ray technology" being trailled at Dublin Airport could lead to removal of 100ml liquid rule
You may also like
3 weeks ago
Prince Harry and Meghan's daughter Lilibet reaches major milestone
1 month ago
Prince Harry and Meghan build playground in honour of Uvalde victims
2 months ago
Prince Harry told about Queen's death five minutes before public announcement
2 months ago
Prince Harry will likely reunite with his children for his 38th birthday
2 months ago
Prince Harry pens heartbreaking tribute to his "granny" Queen Elizabeth
2 months ago
This is why Meghan Markle doesn't share photos of her children
Next Page