"We need to be careful what we say"

Minister for Justice Helen McEntee has urged the public not to comment on the Ashling Murphy murder case.

She has warned them that posting on social media could jeopardise the case.

She explained the situation in an interview with RTÉ's Claire Byrne.

“We need to be careful what we say.

She explained that the process has just started. "It is important to be allowed to take its course.”

“There needed to be faith in the criminal justice system.

She stressed, "We all have a responsibility here.”

“People have to trust the Gardaí and the system and not do anything to jeopardise the process."

McEntee has vowed that the Department of Justice will do more for the women of Ireland.

Today we remember our past pupil Ashling Murphy. Ashling was a vibrant member of our school community during her six years here and she will be sadly missed. Our thoughts are with her family and friends at this sad and difficult time. pic.twitter.com/6rl1JeRajQ 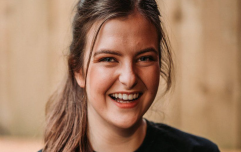 END_OF_DOCUMENT_TOKEN_TO_BE_REPLACED

McEntee added, "We must all work together to achieve a shared goal of zero tolerance of violence and abuse against women.

"I cannot stand here today and say 'never again'. I cannot say that no woman will suffer at the hands of a man tonight. But let all of us hold on to the determination and solidarity of this week, and join together in a common cause.

"That we come together to demand zero tolerance of violence and abuse against women."

31-year-old Jozef Puska has been charged with the murder of Ashling Murphy.

He appeared before Tullamore District Court yesterday evening. A number of Ashling's loved ones stood at the back of the court with photos of the beloved school teacher.

Thousands gathered to pay their respects in Tullamore, Co. Offaly, across the country, and around the world.