Here at Her Family, we think women's knowledge and expertise could help to solve some of the problems facing modern Ireland.

For the next few weeks, we'll be asking the women of Ireland what they think about the most pressing issues facing the country right now.

The housing crisis has caused rents to skyrocket - mortgage repayments are now on average 40 per cent cheaper than rent in Dublin, there is a rental property shortage in all the major cities and 9,900 people are homeless, a third of whom are children.

Given it is one of the most topical issues in Ireland at the moment, we asked 6 women in Ireland how we can solve the housing crisis.

"Barnardos staff sees daily the confusion, anxiety and uncertainty on the faces of children experiencing homelessness. These children have no place to call home. They are growing up in totally inappropriate accommodation such as hotels, B&Bs, family hubs or living in overcrowded situations with multiple generations in one house. These children often miss developmental milestones, have no space to play or do homework.

"The long-term damaging effects won’t become apparent for years. It is not just a Dublin issue. The solution is more social housing units must be built and HAP rates increased to prevent more families from becoming homeless."

Ingrid Casey is a Dublin writer and artist who recently made a documentary about family homelessness. 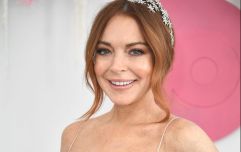 What we know so far about Lindsay Lohan's Irish film

END_OF_DOCUMENT_TOKEN_TO_BE_REPLACED

"Irish mothers directly affected by the housing crisis are acutely aware of the politics of their collective situation; they've had to educate themselves on the galling realities of Ireland's slide away from what should be a functioning welfare state. They are making the best of bad situations, and are fighting for their own and their childrens' rights, while simultaneously being traumatised by the State."

"These mothers are not now locked in laundries, and have access to educational tools online, along with viral media, that has largely politicized them. They are, therefore, brave, unwilling to back down, and potentially explosively usurping current power narratives."

Carly Bailey and her family lost their family home to a vulture fund during the recession. Carly is now a housing activist and Vice Chair of the Social Democrats.

"At the heart of the housing crisis lies the problem of availability and affordability. Key policy changes are vital in order to increase social and affordable housing.

"Large-scale public housing must be delivered in more creative ways. Co-ops, cost-rental housing models, social and affordable mixed-income and mixed tenure housing delivered by local authorities and approved housing bodies alongside radical reform of the rental market to include rent caps, inspections, as well as the long-term security of tenure have to be implemented across the country.

"Local authorities must make greater use of CPOs to bring vacant and derelict houses back into use. Land hoarders should face much greater penalties. Air BnB has to be regulated. Alternative solutions for those in long-term mortgage arrears such as mortgage to rent schemes should be supported instead of welcoming in the vulture funds."

Juliana Flores is a migrant activist and a member of Brazilian Left Front.

"A lot of people profit from a shortage of houses, extortionate rents, lack of social protection and fear. Many blame the migrants for the crisis but the official figures show that there are far more empty houses in Ireland than homeless. If you make the maths you conclude that there is a lack of political will due to private interest. Last month, grassroots groups started to take over vacant houses in Dublin and the message was out - turn vacant land and properties into public housing. We also call for the guarantee of tenant security, fair rent and a total ban on economic evictions. Houses for need not for greed."

Ruthe Phoenix is a single mum and comedy writer from Kildare. She occasionally does stand up and has written for RTE's Republic of Telly.

"The number of homeless people in Ireland, including families with young children, is disturbingly high. I don’t have the solution, however, I do have an idea to attract the attention of those people who might. The people who are paid to govern this country and to solve such problems.

"Quite simply, be the Pope. You can make your own hat with some cardboard and a single flat sheet makes an excellent cape. Organise a picnic in the park and talk bollocks for a few hours. Now that you’re the Pope the government will miraculously find millions to spend on making sure that your every possible need is catered for. They may even try to give you a few schools or a hospital but you can politely decline and may want to consider limiting the amount of time spent wearing the cape".

popular
Paralympian Ellie Simmonds targeted by online abuse after Strictly performance
Budget 2023: Parents will not have to pay for primary school books from next year
Childcare fees to be reduced by up to €170 per month
Parents told to prepare for two-year-long creche waiting lists
Coronation Street star Lucy Fallon pregnant after miscarriage heartache
Breaking is the haunting novel parents need to read this October
Expert says Cocomelon acts "as a drug" to kids' brains
You may also like
1 week ago
Free contraception for women aged 17-25 comes into effect tomorrow
3 weeks ago
All taxis now required to accept card payment
4 weeks ago
Was your child born on this day? Ireland's top ten birth-days revealed
1 month ago
A mini heatwave could be coming our way in September
1 month ago
Planning your next getaway? Here are 6 fun family activities to try this summer
1 month ago
10 hotels and resorts in Ireland with great activities for teenagers
Next Page