Irish production company are looking for people who were illegally adopted

An Irish production company are looking to speak to anyone who feels they may have been illegally adopted.

In particular they are reaching out to those who were illegally adopted to the United Kingdom.

They also wish to speak to any women who had their children illegally taken from them and later put up for adoption without their consent.

Sharon Lawless of Flawless Films posted this week to Facebook appealing for anyone who the issue may have affected to contact her;

This is for research purposes only at this point. All information is confidential and will not be shared with any third party."

The company have worked on several projects dealing with the subject of adoption in the past including the series Adoption Stories. 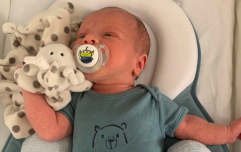 END_OF_DOCUMENT_TOKEN_TO_BE_REPLACED

During the decades that the mother and baby homes existed in Ireland, many children were illegally taken from their mothers and adopted to families in Ireland and abroad.

No exact number of children put up for adoption from these institutions is known and many families are still searching for lost loved ones.

If you or anyone you know may have been affected by this issue and would like to share your story you can contact Sharon in confidence at sharon@flawlessfilms.ie.


popular
Here's what bookies think Harry and Meghan will name their baby girl
Vogue Williams son Theodore recuperating after an accident at home
Using a childminder? You might be entitled to a new subsidy.
Life-hacks and parenting cheats from real mams
Aldi to trial loose pasta and rice to reduce plastic waste in UK
Fundraiser set up for family of Tipperary 3-year old who died in tragic bus accident
Winning (weird) food combos that pregnancy cravings helped me discover
You may also like
1 week ago
Ashley Cain says baby daughter has "days to live" in heartbreaking update
2 weeks ago
Mum's heartbreaking post about fake pregnancies on April Fool's Day
4 weeks ago
Sarah Harding reveals her tumours have shrunk amid cancer battle
1 month ago
Met police officer arrested following disappearance of woman in London
1 month ago
Teenager seriously injured in Dublin shooting
2 months ago
Mother of two dies following alleged assault in Ennis, Co. Clare
Next Page