We have just lived through the weirdest, craziest, worst year ever – and personally, I think there is nothing wrong with acknowledging that – and even poking a little fun at just how flipping INSANE these past 10 months have been.

However, it seems the world of social media is having none of that.

Jennifer Aniston recently got herself in a lot of trouble after sharing her new Christmas ornament in an Instagram story – and why? Because the ornament in question acknowledged the crazy Covid times in which we live. 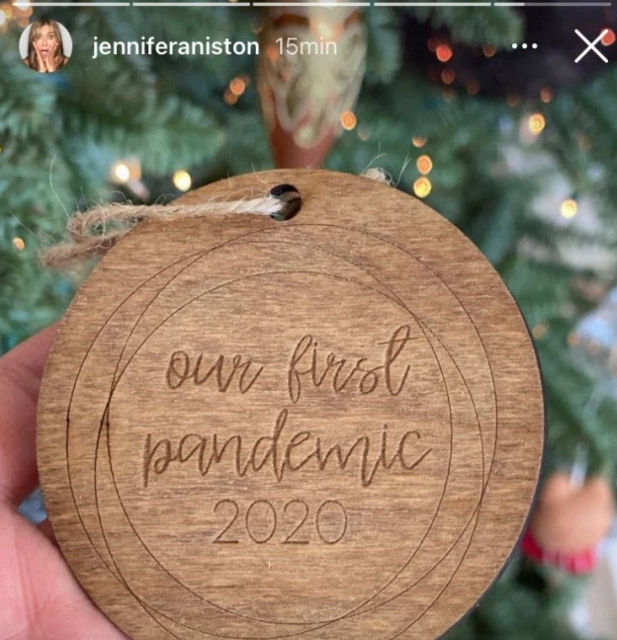 To be fair, Aniston didn't even include a caption or even identify if the ornament as hers, but people on social media (who clearly have too much time on their hands) assumed it was and that resulted in some people accusing the actress of being morbid and offensive to the many people who have lost loved ones to Covid-19.

A Twitter user said, “I don’t think the kids down the street who lost their mother to Covid would find this funny.”

“I think it’s funny. Y’all can’t take a sarcastic joke …” one of them said.

Other social media users defended the 51-year-old and claimed Aniston was merely acknowledging these bizarre times we have just lived though, and pointed out that the actress has actually been a strong advocate of wearing masks and has been encouraging her millions of followers to shop at small businesses to help them stay afloat.

popular
10 seriously unique Irish baby names that are not too popular (yet)
Mindfulness: 7 simple techniques to try when your mind just won't stop worrying
Mother's Day gift guide: 13 presents we'll be gifting all the mamas on our list
A TikTok hack shows how partners can help a pregnant mum when her back is hurting
Leaving Cert students to get six days from next Wednesday to select between exams or accredited grades
RTÉ 2 wins rights to Harry and Meghan's Oprah interview
Baz Ashmawy announces birth of first grandchild
You may also like
1 day ago
Zoe Sugg, best known as YouTuber Zoella, has revealed she is pregnant with her first baby
1 day ago
Granny let the cat out of the bag! Pippa IS pregnant with baby #2 confirms Carole Middleton
2 days ago
Woman in 20s dies in car accident in Wexford
3 days ago
Prince Philip undergoes "successful procedure" for heart condition
4 days ago
Simon Harris warns Limerick students could be expelled for attending street party
4 days ago
PICS: Three arrested following street party in Limerick
Next Page