"I wouldn't be here today": Katie Price reveals she tried to take her own life

"The kids saved me"

Katie Price has spoken out about her mental health struggles.

The former model said she wouldn't be here today if it wasn't for her children.

Prince revealed in a recent interview with RadioTimes that she was suicidal.

She revealed, "I tried to kill myself before I ended up in the Priory."

"The only reason I didn’t was because of my children. So, if my kids weren’t here, I wouldn’t be here today. Fact."

She added, "The kids saved me."

The mum explained that recent stresses in her life started to become too much.

She said being chased by the paparazzi has had a detrimental impact on her mentally. 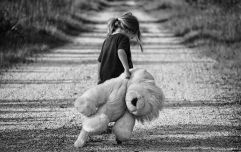 END_OF_DOCUMENT_TOKEN_TO_BE_REPLACED

She explained that she wanted to end her own life because "everything was on top of me".

She told Nolan: "I planned it. I did everything. Everything was on top of me, it was a build-up with the media, relationships and then I was held up at gunpoint in South Africa with my kids.

"We thought we were going to die.

"I’m only human, I’m strong but there’s only so much you can take and I could have either committed suicide or get help."

She recently revealed her plans to have another child.

Price explained that she will be taking the IVF route this time around.

Speaking to Lorraine, she explained: "I’ve learned that each cycle you have, you lose eggs each time. I didn’t know that."

popular
Breaking: Female child found with severe injuries in Co. Clare
Vaccine programme to roll out in primary schools
Fans defend Khloe Kardashian for posing in hospital bed with her newborn
Expert says Cocomelon acts "as a drug" to kids' brains
Budget 2023: IVF to be publicly funded and free contraception for under 30s
Holly and Phillip weren't on media list for Queen's lying in state
The Kivin method could help you get the best oral sex you've ever had
You may also like
1 week ago
Why teenagers need to learn about gratitude therapy in school
4 weeks ago
This is one of the best things you can do for an anxious child
1 month ago
This simple idea will help cultivate an attitude of gratitude in your children
3 months ago
Louise Thompson speaks out after having "catastrophic breakdown"
3 months ago
International Yoga Day: 7 incredible benefits kids can get from doing yoga
3 months ago
Traveller children as young as 11 are dying by suicide
Next Page