Maternity campaigners say Stephen Donnelly is "letting down the women of Ireland”- do you agree?

"His silence is deafening"

Health Minister Stephen Donnelly has been accused of "letting down the women of Ireland" at a maternity restrictions protest.

Hundreds of protestors gathered to raise awareness about the harmful maternity restrictions in Ireland.

They held a protest outside Leinster House.

They called for Minister Donnelly to support them during their time of need.

as student midwives and women we are marching for #BetterMaternityCare
listen to women. they deserve better #MarchForMaternity pic.twitter.com/YQ3bhWbEWP

Far too many women have suffered through the severe restrictions in Ireland's maternity hospitals.

Speaking at the #MarchforMaternity event, organiser Linda Kelly said they contacted Minister Donnelly weeks ago but never received a response. 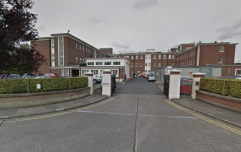 END_OF_DOCUMENT_TOKEN_TO_BE_REPLACED

"The current HSE guidelines, dated 13 September, which continue to separate women from their nominated support partner in labour, is not maternity care.

“We told him this was urgent, it needed to be addressed and we needed his support.

Mná of @OireachtasNews bringing the stories of those affected by maternity restrictions into Leinster House following the #MarchForMaternity. pic.twitter.com/W2lVJCin5S

“We’re still waiting on a response. Perhaps he will come out today when he sees the crowd that is gathered there but to be honest at the moment, his silence is deafening and he is letting the women of this country down," she said.

The campaigners believe it is time for the harsh restrictions to ease.

Too many women have been forced to attend heartbreaking hospital appointments alone and have given birth without their birth partner by their side.

Concerns have been raised about the mental impact these restrictions will have on women in the coming months.

"I became a bit enraged with the fact that as the world was opening up, and people were going away on holidays and getting to go to pubs and things like that, there was still no change in maternity restrictions."

"My message to [Stephen Donelly] is open up the door and talk to the campaigners. If you're interested in what women need and what restrictions need to change, talk to the people who are experiencing it on a daily basis."


popular
David Beckham is criticised for kissing daughter Harper on the lips – again
Expert says Cocomelon acts "as a drug" to kids' brains
Not every parent will agree with this mum's stomach bug hack
"A special girl": Ashling Murphy's parents pay tribute to their daughter
4 ways to fix hard slime with ingredients you probably already have at home
"This has to end": Vicky Phelan pays tribute to Ashling Murphy
John Mulaney's ex-wife Anna Marie Tendler opens up about "surreal" Olivia Munn baby news

You may also like
1 month ago
Investigation underway following overnight cyberattack at The Coombe
1 month ago
The Coombe apologises for failings in care to mum who died last Christmas
4 months ago
"Shameful": New series of The Rotunda called out for filming during pandemic
4 months ago
New maternity hospital guidelines to be as "open access as possible”
4 months ago
External review carried out after mother and baby died at Cork hospital
5 months ago
National Maternity Hospital at Holles Street to allow 'unrestricted' visits to support partners
Next Page