77-year-old Markle is being treated in hospital.

According to TMZ, Thomas Markle was rushed to the hospital after displaying stroke-like symptoms.

The medical emergency occurred just days before he was due to fly to England.

It is believed he was taken to a hospital in California on Monday night.

He could not speak and had to write his symptoms down on paper for paramedics.

77-year-old Markle was set to travel to England for the Queen's Platinum Jubilee.

He was not invited by the royal family but wanted to celebrate in London.

According to Dan Wootton, Mr. Markle was due to join him for the Jubilee. It is believed he was going to appear on the journalist's show.

The Daily Mail writer also claims doctors were concerned about his blood pressure before the stroke occurred.

Meghan Markle’s estranged father, Thomas Markle, has suffered a major stroke. He’s been moved from Mexico, where he lives, to an American hospital. pic.twitter.com/qZMSME5tgN 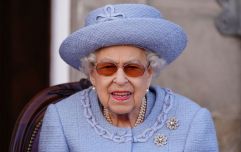 END_OF_DOCUMENT_TOKEN_TO_BE_REPLACED

Speaking about her father's medical emergency, Samantha Markle asked the public to respect their privacy.

"My father is recovering in hospital. We ask for privacy for the family, for his health and wellbeing.

"It's a travesty how much he's been tortured and how much he's had to go through thanks to my sister's disregard the past few years. That is unforgivable," she added.

Meghan and her father have had a strained relationship for years. She also said she has only ever met her half-sister Samantha a handful of times.

Her father did not attend her 2018 wedding to Prince Harry because he allegedly suffered 'two heart attacks'.

He has also not met Prince Harry and Meghan's children, Archie and Lilibet.


popular
Brad Pritt reveals he may have rare condition prosopagnosia
Study says that these childhood experiences can affect our health for life
2-year-old boy orphaned after losing both parents in Highland Park shooting
Chris Pratt responds to backlash over 'healthy daughter' comment
Should I let my 6-year-old daughter dye her hair?
Parents sue TikTok after their daughters die during 'blackout challenge'
Back to School Allowance will be increased, Minister Foley confirms
You may also like
2 weeks ago
Meghan Markle goes "out of her way" to support families of Texas school shooting victims
3 weeks ago
Prince William and Kate made no efforts to introduce their kids to Harry's family
1 month ago
Harry and Meghan release brand new picture of Lilibet to mark 1st birthday
1 month ago
Prince Harry and Meghan introduce Lilibet to Queen Elizabeth for the first time
1 month ago
Prince Harry and Meghan reunite with royals for Jubilee celebrations
1 month ago
Prince William and Kate are skipping Lilibet's 1st birthday party
Next Page