Yet another change could be imminent for Meghan Markle and Prince Harry.

According to reports, they are now thinking of buying a home in Los Angeles and living there for the warmer months.

As you may be aware, the couple recently announced their decision to step down as senior members of the royal family which culminated in them losing their HRH titles.

They’re currently based in Canada but it seems they’re also planning on spending some time living in LA.

Apparently, the couple, together with their baby son Archie, will spend the summer months there and are in the process of finding a suitable home.

Los Angeles is where Meghan grew up and it’s where her mum, Doria Ragland, lives so you could see why they might choose to base themselves there.

At the moment, they’re working out if it’s “logistically possible” but they seem keen to spend a few months there at least. 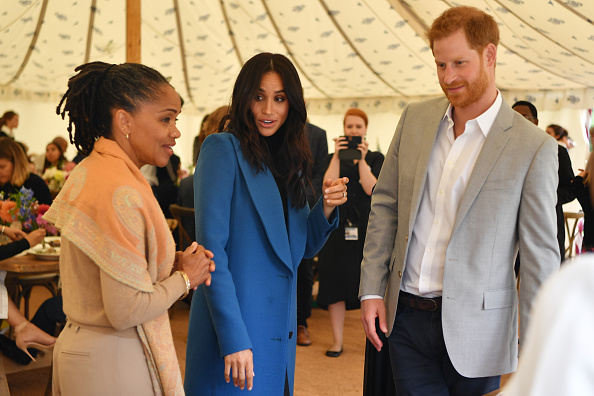 "They have started to look at homes online and are in the process of interviewing security teams. They are getting their ducks in a row and seeing if it's logistically possible".

According to the insider, Meghan has a couple of specifics in mind and it sounds like the house could be quite the hub of entertainment.

"Meghan would like to be able to do meetings at the house and also be able to host friends and entertain. Those are two things that are important to her".

When the couple took a six-week break from royal duties before Christmas, it was initially speculated that they were in America.

However, it later transpired that they had decided to spend the festive season in Canada, where Meghan lived for several years while working on TV show Suits.

If rumours are to be believed, they’re keen to give LA a go also.


popular
Woman reveals her sister-in-law left her newborn daughter alone in park for hours
Coco Austin reveals she breastfeeds her and Ice T's 5-year-old daughter
Cork woman criticises maternity restrictions after experiencing two miscarriages alone
5-year-old dies after being injured at UK department store
If you want to check in on your fertility, here's a really affordable way to do it
Brain injury expert says children should be banned from doing this football move
Dublin Archbishop gives Communions and Confirmations the go-ahead despite restrictions
You may also like
1 month ago
Kate Middleton and Meghan Markle are back talking after Lilibet birth
1 month ago
Meghan Markle is ditching her royal title
1 month ago
Meghan was right to say Archie "won't be a prince" under Prince Charles
1 month ago
Meghan Markle wrote a kid's book and it's getting absolutely trashed by critics
1 month ago
Why we probably won't see a first picture of Meghan and Harry's baby girl for a while
2 months ago
Prince Harry releases powerful new trailer for mental health documentary
Next Page