We reckon she'd be brilliant.

With series three of Dancing With The Stars fast approaching, one of the most beloved actors on TV is being linked with taking part.

Eilish O'Carroll from Mrs Brown's Boys is reported to be in the running for a slot in the dancing competition.

Eilish, plays Winnie Coogan on the award-winning sitcom, is the sister of the show's creator Brendan O'Carroll.

A source revealed that the show's bosses wanted her for last year's series but that she couldn't due to other commitments. 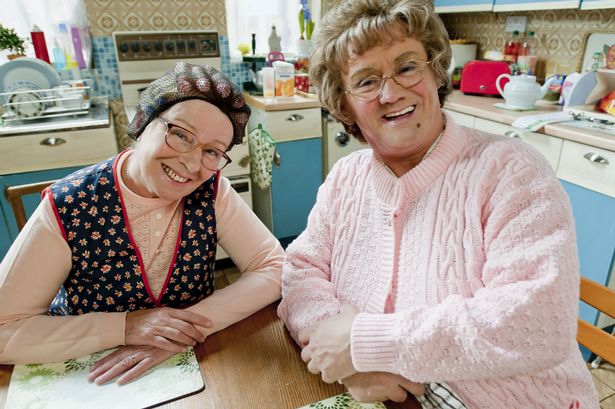 "Dancing With The Stars producers asked Eilish to be in season two but she had to turn them down because she was touring Australia last January with Mrs Brown," they told The Sun.

“But this year the Mrs Brown’s cast are all on a break until late March when they launch Mrs Brown De Musical, so the planets are aligned."

END_OF_DOCUMENT_TOKEN_TO_BE_REPLACED

The actor has declined to comment on the speculation but a friend said that she would be very keen to the on the show.

"Eilish has never danced professionally but she does enjoy dancing and can certainly look the part."

RTÉ confirmed earlier this year that Dancing With The Stars will return to  or screens at the start of 2019.