Mum uses Apple Airtag to track her kids, but parents are divided about it

Is this a good move or a step too far?

One mum has divided parents after revealing she uses Apple Airtag to track her kids.

She explained in a TikTok video that she wants to make sure her children are safe.

She wrote, "When your littles start school and you wanna be able to make sure they're safe."

She inserts the tracker into the bracelets, but the kids will barely notice them as they'll be too focused on playing with the popular toy.

It may seem like a clever hack, but her decision has certainly caused quite the heated debate.

One mum praised the idea and revealed she did something similar for her daughter. 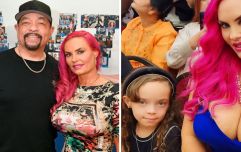 Coco Austin comes under fire for bathing daughter (6) in sink

END_OF_DOCUMENT_TOKEN_TO_BE_REPLACED

However, another warned her that these devices are not recommended for tracking children.

"It's highly recommended to not use them to track children. It's Bluetooth-dependent. Go with the Gizmo watch," they suggested.

Another warned: "If your child was near my iPhone my phone would alert me that an air tag was near and I could see their exact location. Not very smart!"

"Mine would trade it to a friend at lunch for a padding cup or packet of fruit snacks" another laughed.

Another called for schools to do more to keep children safe. They stressed that it is a big part of their responsibility, especially when it comes to younger children.

"Being a mum doesn't come with a manual so stop judging. We all have our ways of protecting our kids," another user said.

They're too right. At the end of the day, every parent is just trying their best to look after their children and make sure they're as safe as possible.

popular
This is everything women need to know about ovarian cysts
Viewers in tears after last night's emotional episode of DIY SOS
Babies born in February have some pretty cool advantages – no, really – it's true
These 40 baby names are set to trend in 2023
Study says that dads get more sleep than mums and tell us something we don't know
Bringing a dog to work can increase morale and productivity, says DSPCA
Police believe they know what happened to missing dog walker Nicola Bulley
You may also like
5 months ago
Should schools consider introducing a three-day week?
1 year ago
Widow changes son's name after vowing to name him after late husband- was she wrong?
1 year ago
"I thought they were joking": Woman believes sister will regret daughter's name
1 year ago
Kylie Jenner called out for ruining zoo trip for dozens of families
1 year ago
Mum sparks debate after admitting she would buy 12-year-old daughter a sex toy
4 years ago
Dad furious after woman calls his toddler daughter 'gorgeous'
Next Page